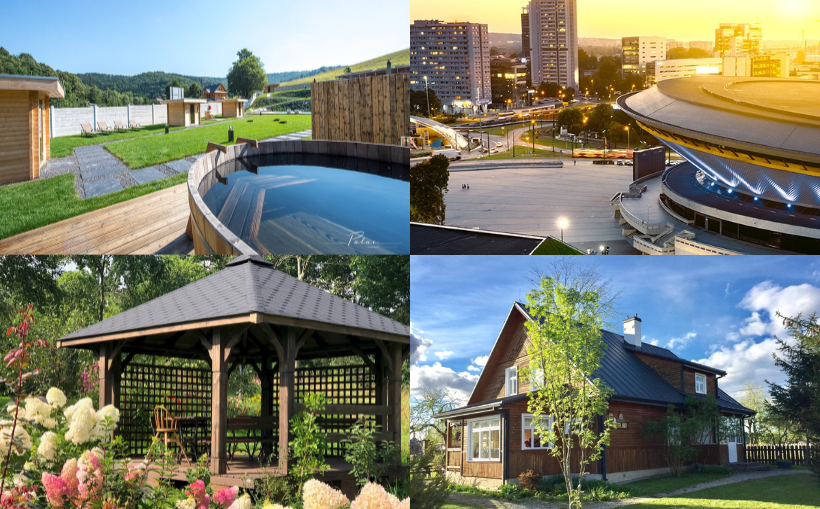 Unless you’ve spent the last couple of years banged up in jail (in which case, lucky you), then it won’t have escaped your notice that we’ve entered a rather volatile period of economic turbulence – and you best hold on tight, because the real storm is yet to come.

With that in mind, it came as little surprise that the last week saw Poland’s data droids fill us with horror-filled headlines: “Most Poles can’t afford a holiday,” shrieked one; “Polish seaside more expensive than Adriatic,” wailed another. For me though, that was little more than an exercise in stating the bleeding obvious.

You see, for all the talk of a financial doomsday, facts are facts and this country’s coastline has always been something of a menace to the seasonal spender. And personally, I’ve never really understood why people are happy to put up with it. 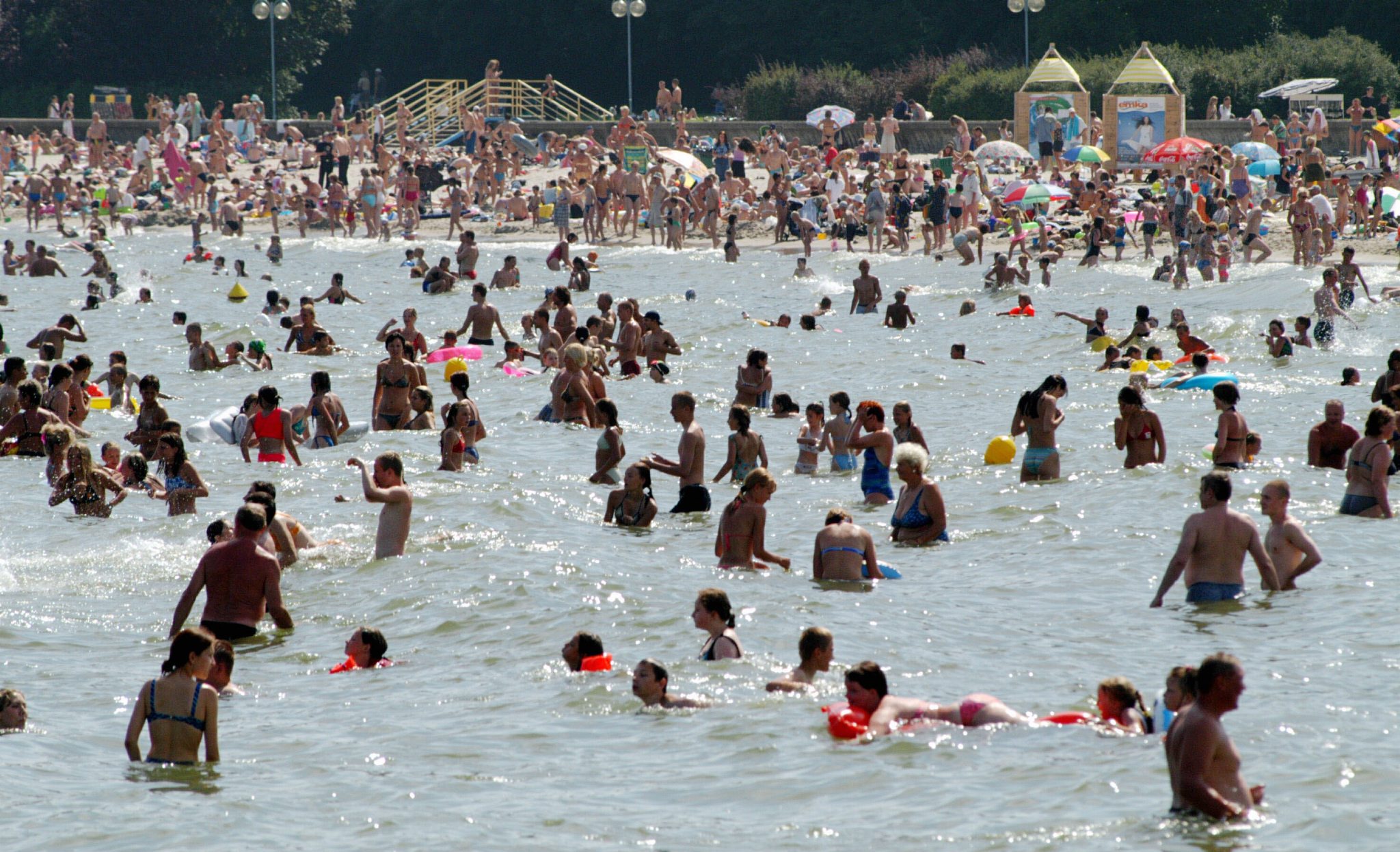 Rule one for saving cash – don’t go to the seaside!Stefan Kraszewski/PAP

But it’s not so much the spiralling prices that have traditionally deterred me from seeking a sandy holiday in the north, rather the spiralling headcount of morons you find in these resorts – I’d rather not surround myself with wannabe’ influencers baying like hyenas over glo-in-the-dark cocktails or tribes of families carrying inflatable flamingos. That’s not a holiday, that’s my worst nightmare.

Fortunately, we live in a pretty large country, and that means we’ve got a pretty large number of alternatives that won’t bleed the bank. So, where am I recommending for a summer to remember?

First off, why not do something utterly unexpected – the whole ‘staycation’ phenomenon that erupted during Covid has endowed the country with a fleet of pimped-up camper vans that are available for hire. Occasionally tricked out with more mod-cons than Cape Canaveral, but usually more representative of the Californian surfer dude culture, they offer a wacky way to explore the country whilst injecting your summer with a shot of adventure.

With prices usually beginning at around PLN 300 per day, neither can the prices be accused of being unfair. But which to choose? A wealth of choice awaits at the slowhop.com portal. 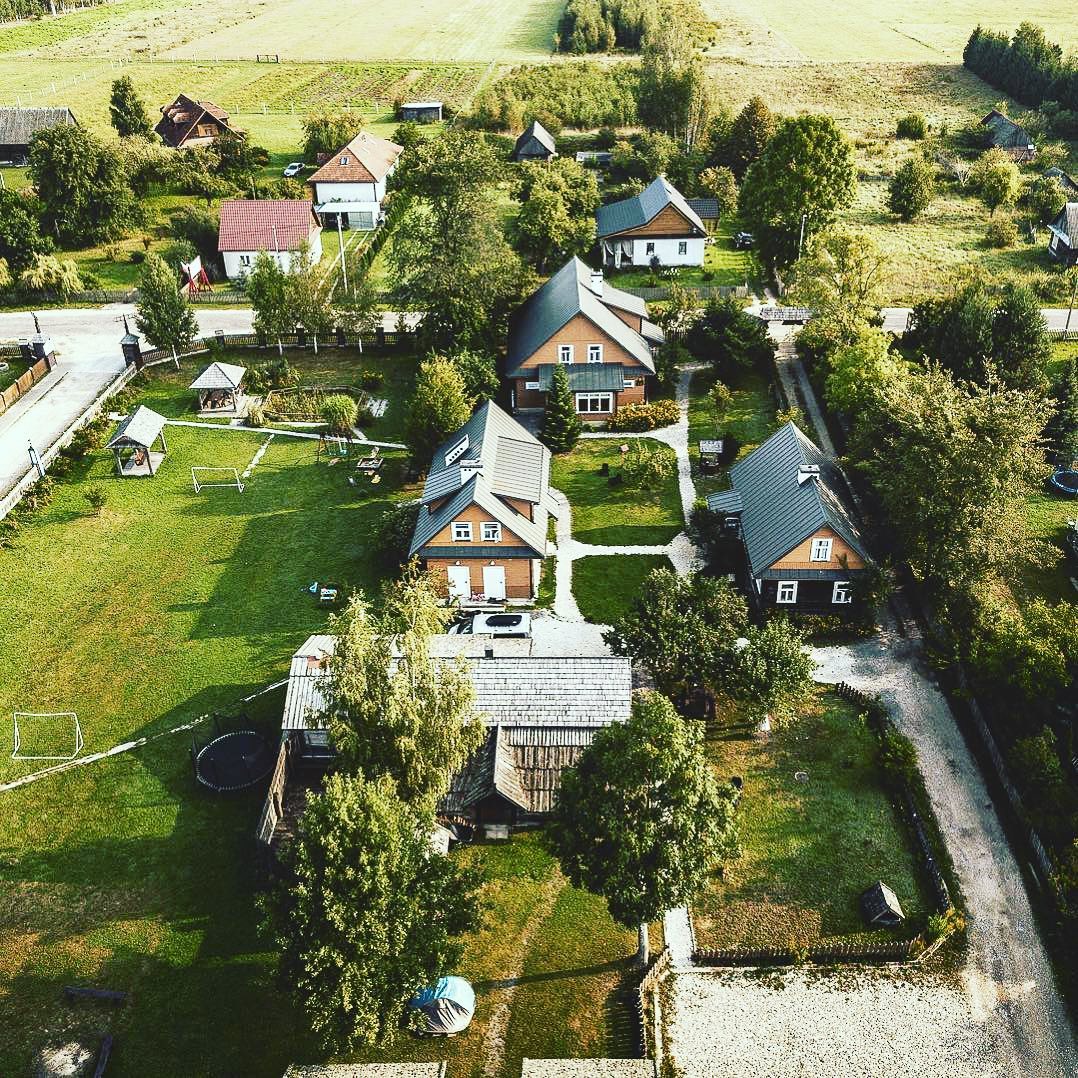 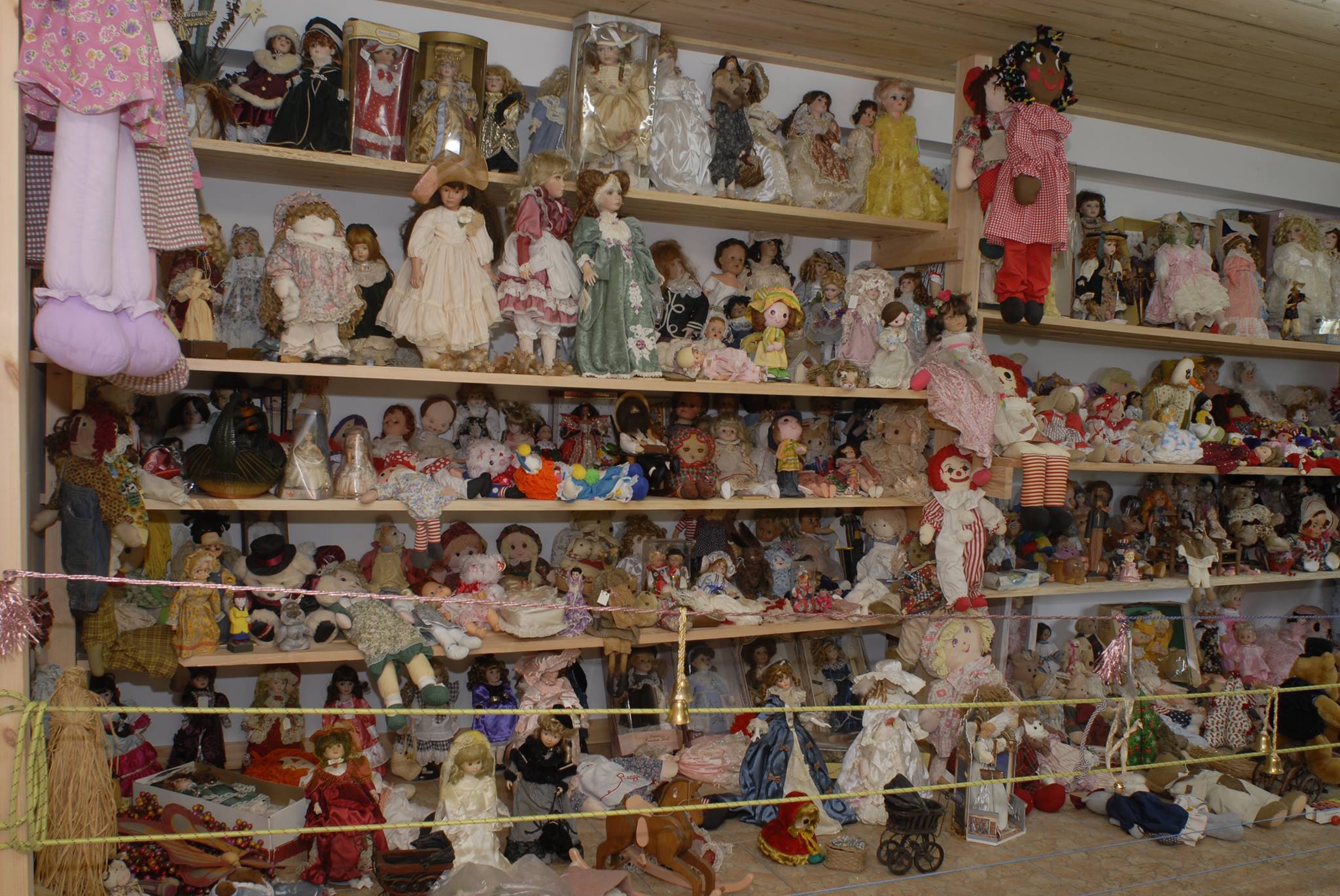 Now, it’s important I clarify that I have no tie-in with Slowhop, and have zilch to gain by repeating their name – but in this case, pay heed. When it comes to choosing something special I look nowhere else. They have it all, from revamped palaces to luxury spas via rickety treehouses and converted barns.

True, with so many of these projects aimed at the ‘young, aspiring professional’ and the kind of twit that never leaves a restaurant without first updating their Insta, prices are not always cheap – nonetheless, there’s a motherlode of ‘last minute’ deals to trawl through, some of which approach the half-price mark. Explore – just feasting on the images and descriptions feels like a holiday in itself.

As a rule though, you’ll do well to bear the following in mind. For the best deals, forget what everyone else wants – if you’re seeking sand, sea and sun, you’re most likely going to pay dearly for it. Instead, go the opposite way and seek out an inland farmhouse stay – the very definition of chill, demand for these has a tendency to shrink a little in the summer with most preferring to save these cosy breaks for autumn, spring and every other month when the temperatures aren’t enough to cook a cat.

Being specific, some regions merit particular attention: the primeval forests of Białowieża are magnificent at this time of year, their tall green canopies shielding and shading the magical forest trails that ribbon underneath. Walking these, accompanied only by the sounds of breaking twigs and the distant grunts of unseen animals, is an immensely life-affirming experience – and one that is free! 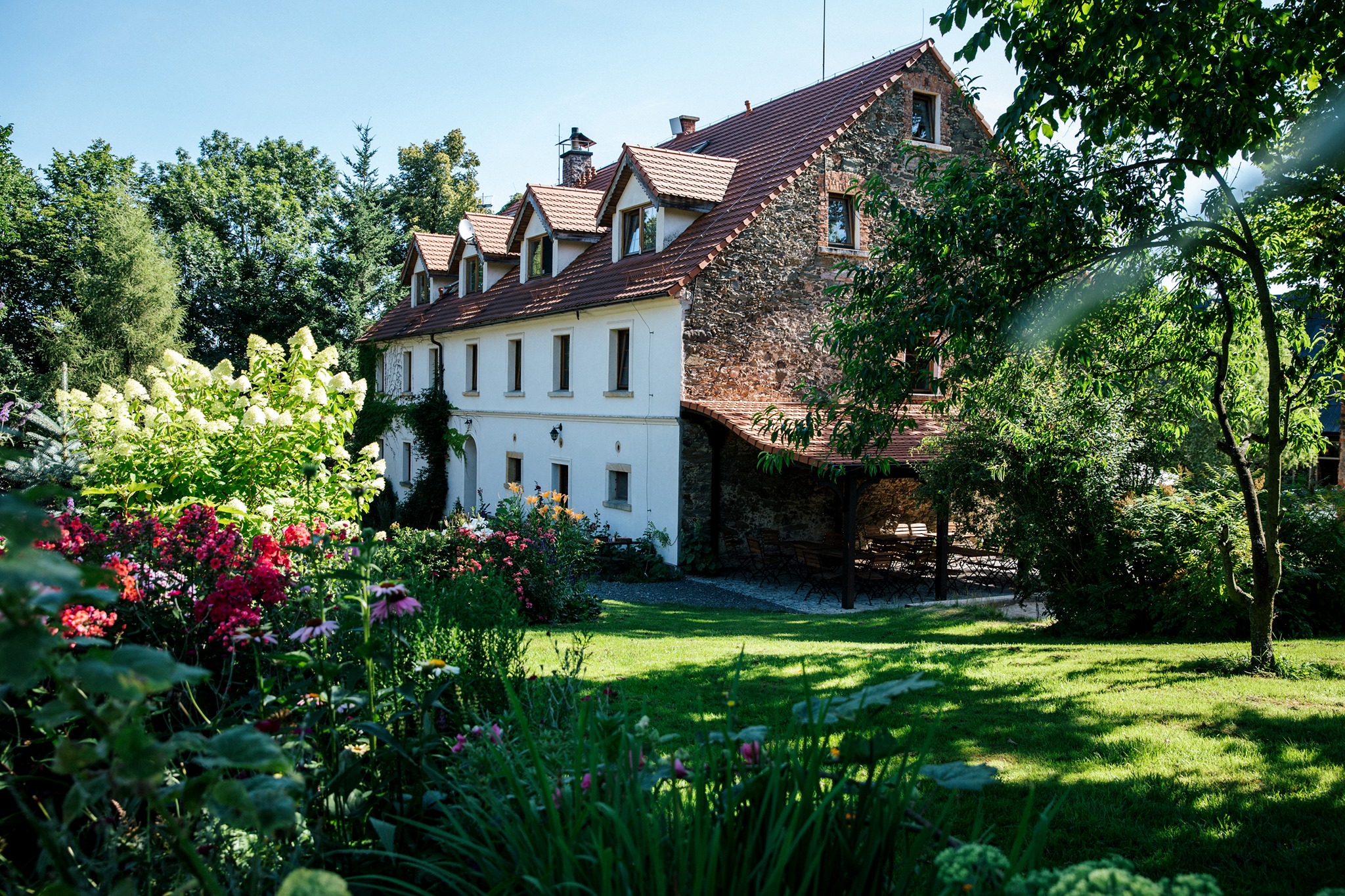 Though occupying a position in a sleepy hamlet, Villa Greta is the kind of place I love – set in a complex of pre-war farmhouses, find a farm-to-fork menu, sensible accommodation prices (PLN 200 is the norm for one person) and an idyllic atmosphere conducive to finding a spot in the shade and settling in with a book and a beer.Villa Greta/Facebook

Not short on quirky little stays, I’m happy to recommend Sioło Budy to fit that purpose; something of a ‘village within a village’, the colourful but rudimentary wooden cabins are a perfect platform to discover curiosities such as the hundreds of creepy dolls stored at the nearby Tamara Tarasiewicz Museum.

I’m also a firm fan of the Dolny Śląsk region, pitted as it is with thick dark forests, medieval castles, rolling meadows, and flaking little villages where time has stood still. Interspersed with towns that generally figure low on the tourist radar such as Nowa Ruda, Świdnica and Wałbrzych, you find here urban centres that – whilst admittedly a little raggedy – promise a bounty of dusty alleys to explore that wreak of history.

But it is outside of these that the area comes alive in its fullest sense. Though occupying a position in a sleepy hamlet, Villa Greta is the kind of place I love – set in a complex of pre-war farmhouses, find a farm-to-fork menu, sensible accommodation prices (PLN 200 is the norm for one person) and an idyllic atmosphere conducive to finding a spot in the shade and settling in with a book and a beer.

For slightly larger budgets, I will never tire of recommending Pałac Jugowice a short way from Wałbrzych. When you’re done hunting for ‘the Gold Train’ in the nearby wartime tunnels (recommended: the underground boat ride in Osówka), or traipsing around the ornate gardens and bling-heavy halls of Książ Castle, settle back in front of Jugowice’s crystal blue outdoor pool to watch the skies turning a million shades of violet. Fully renovated (to the point of perhaps being overly-modernized), rooms go for as little as PLN 240 per night – or for context, over half of what you’d pay in Sopot for similar standards. 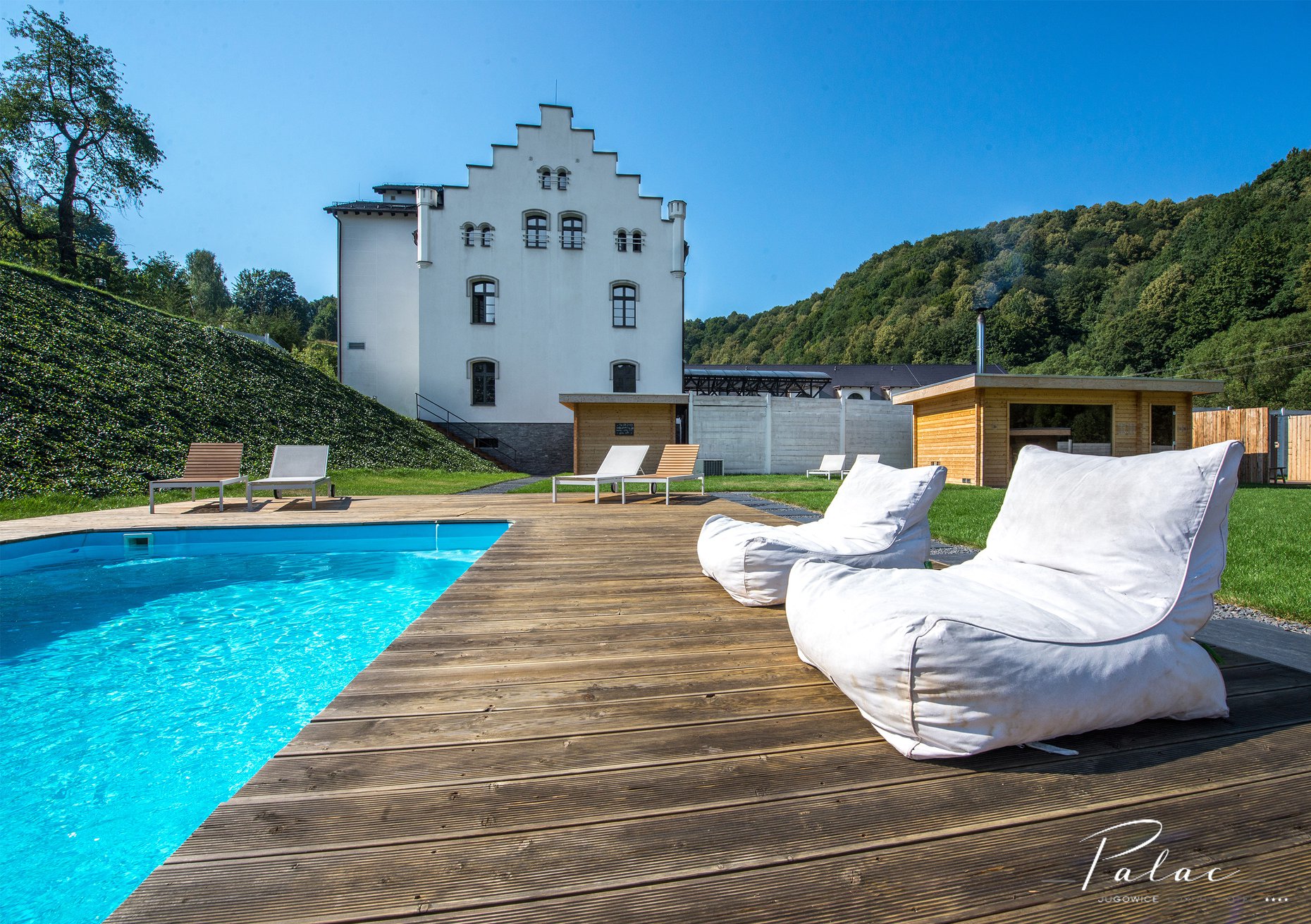 I will never tire of recommending Pałac Jugowice a short way from Wałbrzych. With a crystal blue outdoor pool to watch the skies turning a million shades of violet, fully renovated rooms go for as little as PLN 240 per night – or for context, over half of what you’d pay in Sopot for similar standards.Palac Jugowice/Facebook

Alright, but I hear you, you’re desperate for water. In that case, then ‘the Polish Maldives’ await in Jaworzno. Perched inside a disused quarry, the Gródek Park has been reimagined courtesy of a curvy trail of submerged walkways built just below the glimmering waters of a manmade lake – using the right filter, you might even fool your Facebook following that you’re actually somewhere legitimately exotic.

Now in case you don’t know, Jaworzno isn’t far from Katowice (I’ve done it in an Uber), and whilst I doubt that the phrase ‘Let’s go to Katowice for our summer holiday’ will ever gain traction, it’s a brilliant corner of Poland that feels all the more vibrant at the height of summer.

Redefining my concept of post-industrial cool (move over Łódź!), I especially love it for the balance it has struck between down-at-heel charm and modern-minded edge: awash with radical street art, lively bars, A-Class museums (the Silesian Museum, take a bow) and weirdness such as the historic Nikiszowiec workers’ estate, dull moments do not exist here – at least not for me.

Granted, I realize my tastes are somewhat perverse, so I will end on a more acceptable high: visit Kraków. Battered by the pandemic, tourist figures have rebounded but still not to the extent of the pre-covid high. With the hotel scene approaching saturation level, that’s meant prices have remained reasonably normal, at least by the city’s own usual standard, and when you consider other factors then it becomes all the more appealing.

Although the phrase ‘Let’s go to Katowice for our summer holiday’ will probably not gain traction fast, it’s a brilliant corner of Poland that feels all the more vibrant at the height of summer.Katowice – oficjalny profil miasta/Facebook

Having lost their Old Town for well over a decade to the tourist invader, it’s a city that feels like it’s been at last liberated by the locals – but the clock is ticking to enjoy this while you can.

When summer reaches its sweaty peak, I can think of no better feeling than shading myself on a pavement terrace in the frayed but atmospheric Jewish Quarter of Kazimierz, or seeking air-conditioned solitude in the immensity of the ground-breaking MOCAK gallery. This year though, promises something even cooler with the opening of a string of giant swimming pools in the abandoned Zakrzówek quarry.

Of course, there is much else in Poland – I have not even started yet on the glories that await in the lesser-visited Suwalszczyzna region in the north nor the bucolic treasures of Kashubia, but my point remains the same: spending summer in Poland should not mean spending big in the seaside resorts.