Skip to content
You are here
Home > News > Fight in Ukraine is a fight for security of all of Europe: Polish PM 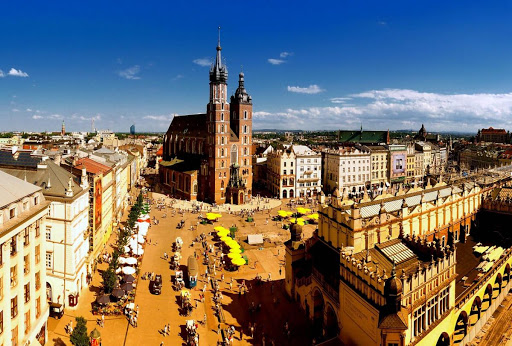 The fight in Ukraine is a fight for freedom and security of all of Europe. Ukraine defends the most universal values – the right to life, to freedom and sovereignty, Prime Minister Mateusz Morawiecki said in Lviv on Tuesday.

On Tuesday the prime minister visited Lviv, where a “container city” for internally displaced persons has been set up thanks to the cooperation of Polish and Ukrainian authorities.

PM Morawiecki said that the idea of building container towns was discussed at the National Security Council and the topic was raised by Kukiz’15 leader Paweł Kukiz. “I thank everyone for the inspiration, but also for the real, operational, organisational work and execution,” Mr Morawiecki said.

?????PM @MorawieckiM is in #Lviv, where he talked to internally displaced Ukrainians and visited the container town built at the initiative of the Polish government. #PolandFirstToHelp pic.twitter.com/Io5lUtGNlm

“The fight in Ukraine is a fight for freedom, for the security of all Europe. The crimes in Bucza, Borodzianka, Hostomel and in hundreds of other cities show what a barbaric system, what a barbaric regime we have to face as Europe,” Mr Morawiecki said.

He stressed that Ukraine defends the most universal values, the most European values – the right to life, the right to freedom, and sovereignty.

PM Morawiecki added that during his talks with Western leaders, he clearly indicated the need for the strongest possible sanctions.