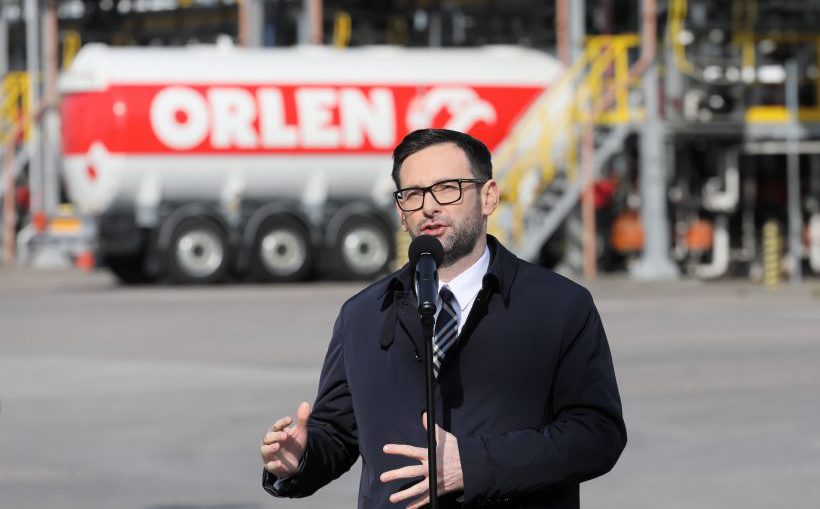 The CEO of Poland’s leading oil refiner, PKN Orlen, has said that 70 percent of the crude oil in the firm’s refinery systems is not sourced from Russia.

Daniel Obajtek was asked by state TV channel TVP Info whether the government’s plan to withdraw from Russian hydrocarbons was realistic, to which he answered that Orlen is ready for any scenario.

“We prepared ourselves earlier for diversification of oil,” Obajtek told the station. “Even before the outbreak of war we had diversified 50 percent of crude oil in the Orlen system, to which the Mazeikiai refinery (in Lithuania – PAP) also belongs, from where products go to Lithuania, Latvia, Estonia and Ukraine, as well as two refineries in the Czech Republic.”

The PKN president went on to say that since the outbreak of war in Ukraine, the Mazeikiai refinery had not bought Russian oil. “One-hundred percent of crude oil comes from other sources, in connection with which, 70 percent of crude oil in the Orlen system is already from other sources than Russian,” he said. “Thirty percent is still from Russia.”