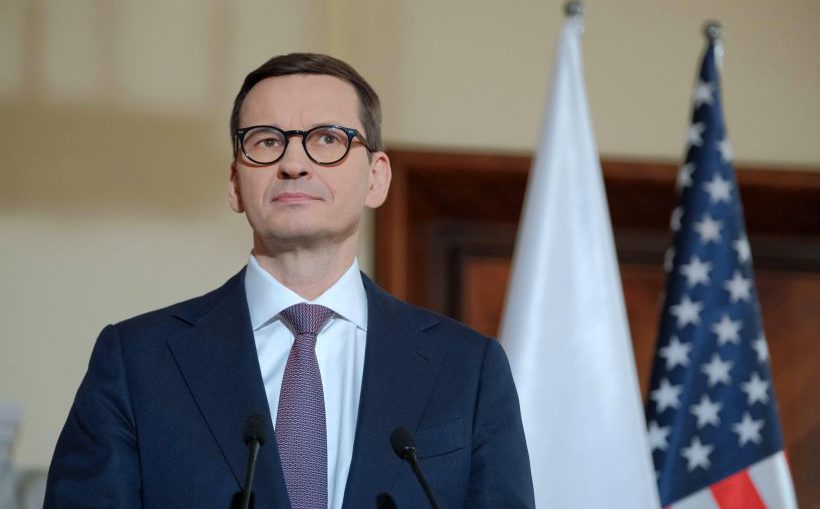 Morawiecki warned that Western societies could quickly become tired of the war in Ukraine and its results.
Mateusz Marek/PAP

Mateusz Morawiecki, the Polish prime minister, has said that Russia will try to capture a third of Ukrainian territory in order to strengthen its negotiating position.

Speaking to CNN International on Thursday, Morawiecki said that the West must do its best to quickly offer assistance to Ukraine.

“I see the Russian troops regrouping, reorganising. I think that they will try to surround the Ukrainian forces quite soon — in the Donbas region in particular. And then having captured one-third of the land in Ukraine, they will want to negotiate from this… very strong position,” the prime minister told CNN’s Christiane Amanpour in an exclusive interview.

Russia, he added, was fearful of long-term sanctions and repeated that Poland was “advocating for confiscating their assets, and doing everything possible to stop buying Russian oil and gas.”

Morawiecki also warned that Western societies could quickly become tired of the war in Ukraine and its results.

“For the next weeks and the next couple of months, Russia is prepared for this war. I’m not so sure if the West, if the United States, the European Union and Nato are as prepared….Our public opinion will get tired of this war,” he said.

Morawiecki also warned that while the “Ukrainians are fighting with lionhearts,” the West needs to urgently increase its supply of weapons into the country, making a direct appeal to the United States to “act quickly, please act quickly as they [Ukrainians] are fighting for our values, our universal values.”