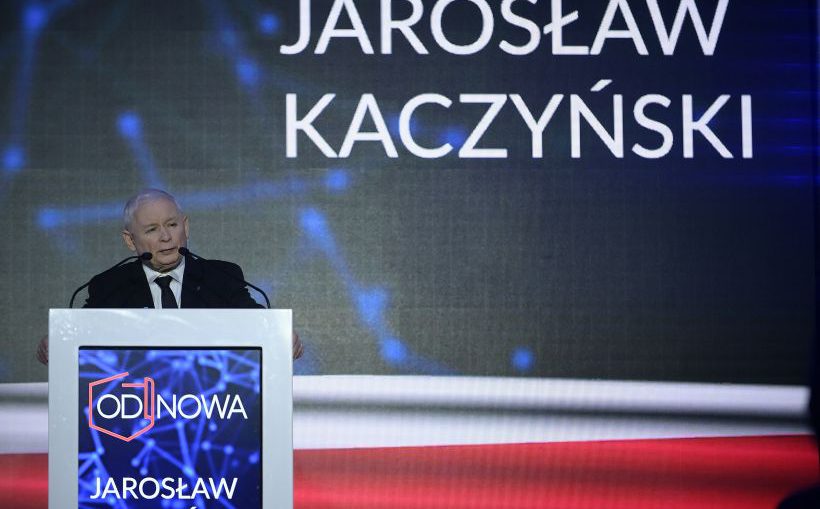 "It will be necessary to make a great effort in the area of weaponry and that will be accompanied by a serious crisis, economic turmoil," Kaczyński said.
Marcin Obara/PAP

Jarosław Kaczyński, the leader of Poland’s ruling Law and Justice (PiS) party, said Ukraine must win its war with Russia and must defend itself, though he said the fight would be hard and require sacrifice and the rebuilding of social awareness.

Kaczyński, who is also deputy prime minister responsible for security issues, was taking part in the first congress of OdNowa, a junior member of the ruling United Right coalition, in Warsaw on Sunday. The congress was focused on security issues and foreign policy within the context of the regional situation.

The PiS leader said the congress was being held at a time of “epochal significance.”

“A long fight lies before us, as the president of the United States said yesterday, a fight not counted in weeks or months but years,” Kaczyński said. “This is a review of what went before… That many-year fight against the Soviet Union, the so-called communist camp – but basically that camp was the Soviet Union and the countries subservient to it – ended in victory and the current one must also end in victory.”

He said success would come but would not be easy, adding that the economic and military aspects were of huge importance. “We don’t want Ukraine to lose that war, conducted in such a heroic way,” he said, adding that Ukraine’s occupation could not be agreed to in advance.

“It will be necessary to make a great effort in the area of weaponry and that will be accompanied by a serious crisis, economic turmoil,” Kaczyński said. “We must be prepared for that. It is a challenge for our formation, for the Polish right, for Polish patriotic forces.”