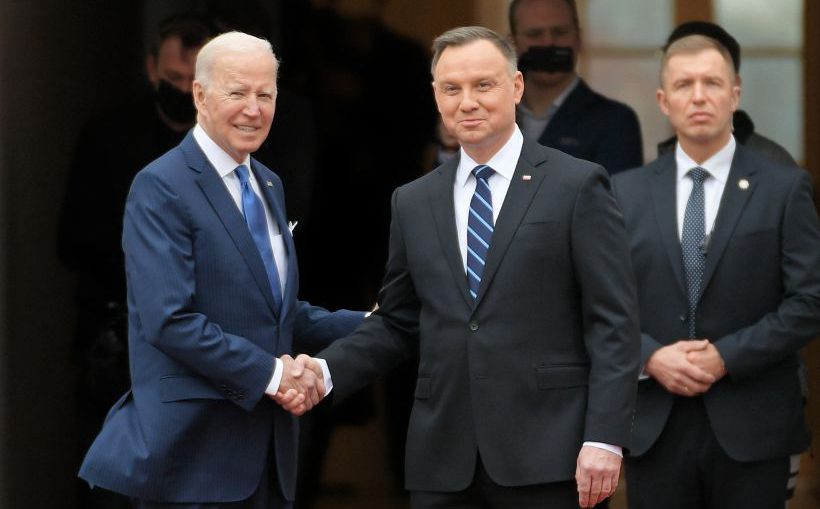 The Presidents of Poland and the US, Andrzej Duda and Joe Biden, are holding face-to-face talks on the war in Ukraine, in Warsaw on Saturday.

Saturday is the second day of the US president’s visit to Poland to discuss the West’s response to Russia’s invasion of Ukraine and the humanitarian crisis the war has created.

After meeting with Duda, Biden will also visit the assignment point where PESEL national identification numbers are given out to refugees from Ukraine at Warsaw’s National Stadium. He will be accompanied by Prime Minister Mateusz Morawiecki and the Mayor of Warsaw, Rafal Trzaskowski.

In the late afternoon, the US president will deliver a speech in the courtyard of the Royal Castle.

According to the White House, it will concern “the united efforts of the free world to support the Ukrainian people, holding Russia accountable for its brutal war and defending a future rooted in democratic principles.”

According to the US Embassy in Warsaw, Biden will also meet the Polish government officials and representatives of American diplomatic missions.

Poland is the second stop during Biden’s European visit. On Wednesday, the US president flew to Brussels, where on Thursday he participated in an extraordinary Nato summit, the summit of G7 leaders and the summit of the European Council.