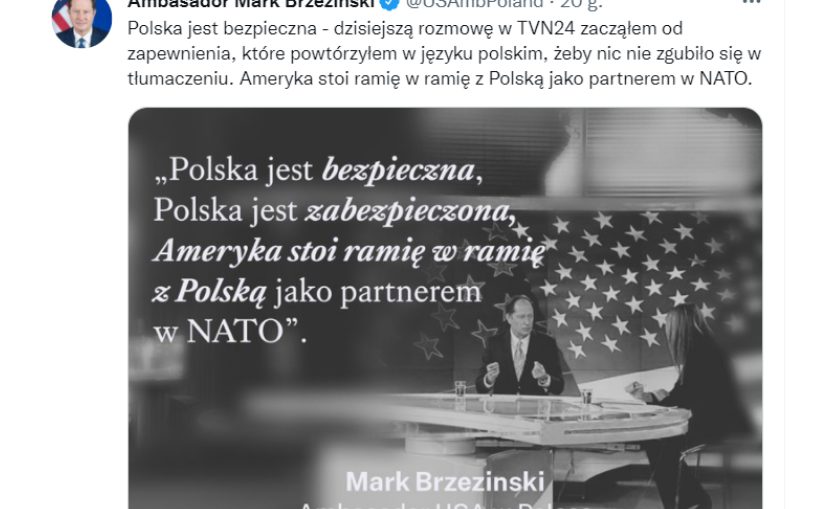 The US and Poland stand arm in arm during the Ukraine-Russia conflict, the US ambassador to Poland tweeted on Friday.

Mark Brzezinski, the son of the late Zbigniew Brzezinski, onetime national security advisor to President Jimmy Carter, wrote that Poland had his country’s full support as a Nato ally. He also gave his assurance that Poland’s safety was guaranteed.

“The US and Poland stand arm in arm at this difficult time,” Brzezinski wrote.

Russia launched an all-out attack on Ukraine on Thursday morning, invading from the north, east and south as well as hitting targets inside the country in missile attacks and air raids.

At an extraordinary summit in Brussels on Thursday, the EU agreed to impose new sanctions on Russia’s financial, energy and transport sectors, and to introduce export controls. The bloc will also blacklist more Russian nationals for their involvement in the attack on Ukraine and restrict its visa policy towards Russians.

The US, Canada and the United Kingdom also announced their own sets of tougher sanctions on Moscow earlier in the day.