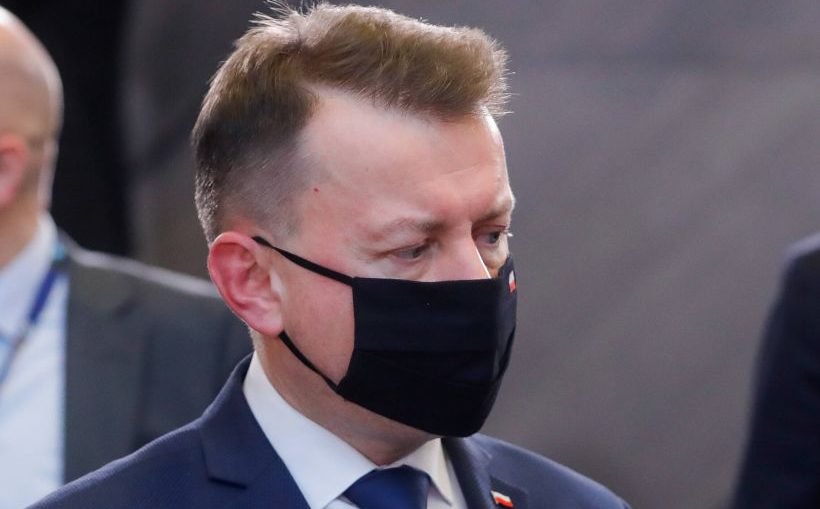 "Determination and unity are the only ways to stop the Kremlin's aggressive policy," Błaszczak said after the ministerial talks.
Stephanie Lecocq/PAP/EPA

Determination and unity among the Nato states were the only proper responses to the aggressiveness of Russia, the Polish defence minister said on Thursday in Brussels.

Mariusz Błaszczak, in Brussels for a meeting of Nato defence ministers, referred to the ongoing Russia-Ukraine crisis by saying that only a determined stance by the Alliance will be able to halt Russia’s advances on Ukraine.

“Determination and unity are the only ways to stop the Kremlin’s aggressive policy,” Błaszczak said after the ministerial talks.

Błaszczak called recent reports of Russia’s violations of the Donbass truce “disturbing,” and said this fit in well with Russia’s overall stance and “the Kremlin’s habit of breaking agreements.”

Błaszczak added that, in face of the conflict, all of the Nato countries were in favor of reinforcing the Alliance’s eastern flank. He also mentioned Russia’s demands that Ukraine be barred from Nato membership and said that Nato wanted “countries to be able to decide for themselves which alliance to join.”

In Brussels, Błaszczak also held face-to-face talks with his counterparts from Germany, the Czech Republic and Canada.