Skip to content
You are here
Home > News > Holocaust Remembrance Day: Liberation of Auschwitz-Birkenau 77 years on

Seventy-seven years have passed since the Nazi German concentration camp Auschwitz-Birkenau was liberated after nearly five years of deliberate extermination of Jews, Poles, Romas, Soviet POWs and other human beings that did not fit the picture that the inhumane Nazi ideology painted for the world.

This year’s commemorations have taken place in full silence — there were no political speeches and only a limited group consisting of the survivors was present at the Memorial. All due to the current global pandemic situation.

On January 27, 1945, the Soviet Red Army entered the German concentration camp Auschwitz. About 7,000 extremely exhausted prisoners, who had been…

They were neighbours: human choices and behaviours in the face of the Annihilation

A day before the official commemorations of the Holocaust Remembrance Day, an exhibition was opened in the town of Markowa in the Podkarpacie region, called “They were neighbours: human choices and behaviours in the face of the Annihilation.” The Ulma Family Museum of Poles Saving Jews in Markowa is the first institution in the world to show an exhibition created by the United States Holocaust Memorial Museum.

“For us, this is a great honour, that it will be here, at a museum dedicated to the memory of the Ulma family, where we can host this exhibition,” said Waldemar Rataj from the Ulma Family Museum of Poles Saving Jews in Markowa. “This is where the exhibition begins its tour around Poland because I know it will be a travelling exhibition.”

As the curator of the Washington Holocaust Museum Jacek M. Nowakowski remarked, “the whole genocide orchestrated by the German Nazis would not be possible without the permission of millions of people all throughout Europe. This is where the idea for this exhibition came from.”

For her part, Sara Bloomfield, the director of the Washington Holocaust Museum expressed her hope that “this exhibition will inspire people to think about their own strength and what’s even more important to use that power to shape a better future for all of us.”

A great example of inner strength and fortitude is Stanisława Leszczyńska — a Polish midwife. She truly made miracles happen.

In Auschwitz-Birkenau, she delivered over 3,000 babies without losing a single child. Every child was marked with a special hidden mark, making recovery of these children possible after the war.

On January 27, 1945, the Red Army soldiers released over 7,000 extremely exhausted prisoners including close to 500 children.

According to historians, over the course of five years, around 1-1,5 mln people were killed at the Auschwitz-Birkenau concentration camp. The majority included European Jews, but there were also Poles and Romani people.

Germans established the concentration camp in Auschwitz to imprison Poles. Auschwitz II Birkenau came later, becoming a place for the extermination of Jews. The majority died in gas chambers, the rest died from exhausting work, executions, or as a result of pseudo-medical experiments. 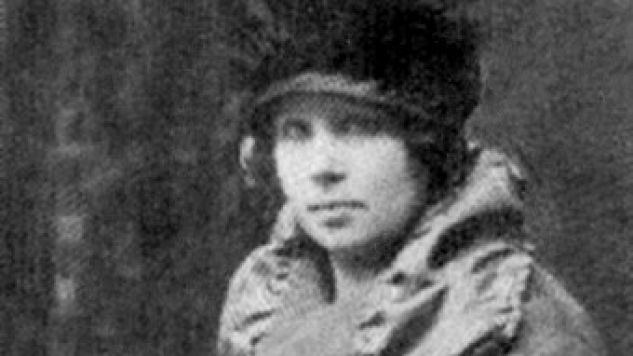 While in Auschwitz-Birkenau, Stanisława Leszczyńska delivered over 3,000 babies without losing a single one Photo: Wikimedia Commons.

Another history from another time

On the sidelines of the commemoration, an exhibition dedicated to the January Uprising 1863 and the Battle of Węgrów was inaugurated, this time in Węgrów, at a post-reform monastery.

Jan Józef Kasprzyk, the head of the Office for War Veterans and Repressed Persons said that “this museum came to be thanks to a social initiative intended to commemorate one of the bloodiest and largest battles in this part of the country — the Battle of Węgrów which took place on February 3, 1863. It is important to remember.”