Turkish President Tayyip Erdoğan said he would discuss the tensions in Bosnia with Serbian counterpart Aleksandar Vučić on Tuesday, and offered to mediate in the crisis which, in Turkey’s opinion, may develop into an ethnic conflict.

Turkey has criticised the move as “wrong, dangerous”, and said that Ankara would step up its diplomacy on the matter, according to broadcaster NTV.

The predominantly Muslim Turkey has long had deep-rooted ties with the Balkans, as it occupied a large part of the territory over centuries. In recently, it backed Bosnia’s late Bosniak Muslim leader Alija Izetbegović during its 1990s war but has forged good relations with its post-war, inter-ethnic Bosniak-Serb-Croat presidency.

Bosnia was split into two widely autonomous regions – a Serb Republic (RS) and a Federation dominated by Bosniaks and Croats overlaid by a loose central government after the war. 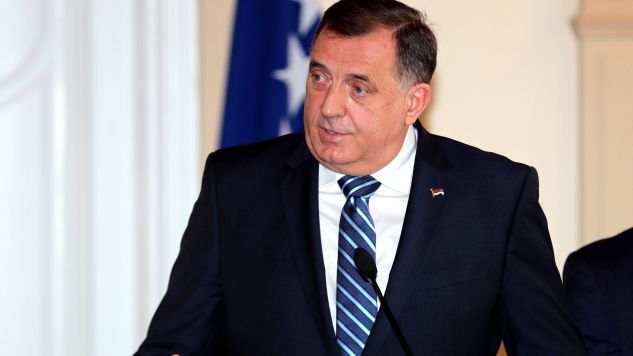 The leaders of Albania, North Macedonia and Serbia signed several agreements in Tirana, the capital of Albania on Tuesday, which are meant to…

Serbia was the patron of wartime Bosnian Serb separatists and remains close to Bosnia’s post-war Serb entity, sharing a border with it.

Speaking to reporters during a visit to Albania on Monday, President Erdoğan said Mr Dodik, Albanian Prime Minister Edi Rama and other regional officials had voiced support for his mediation offer.

“In the coming period, we will intensify diplomatic traffic,” Mr Erdoğan said, adding Turkey will use its “respectable” standing with regional actors to find a resolution to the crisis.

Referring to the situation on NATO’s eastern flank, he stated that the prospect of a Russian invasion of Ukraine was not realistic and that he needed to discuss the crisis with President Vladimir Putin.

Aleksandar Vučić called on Milorad Dodik earlier in January to return to national institutions that the RS has boycotted since mid-2021 over a law criminalising the denial of genocide.

International war crimes judgments have branded the 1995 massacre of 8,000 Bosniak men and boys in Srebrenica by Serb forces as genocide, something many Serbs deny.

Mr Dodik’s secessionist rhetoric has spurred hard-line nationalist rallies and incidents in towns across the Serb Republic. The controversial leader has recently been sanctioned by the US and faces others from the EU.