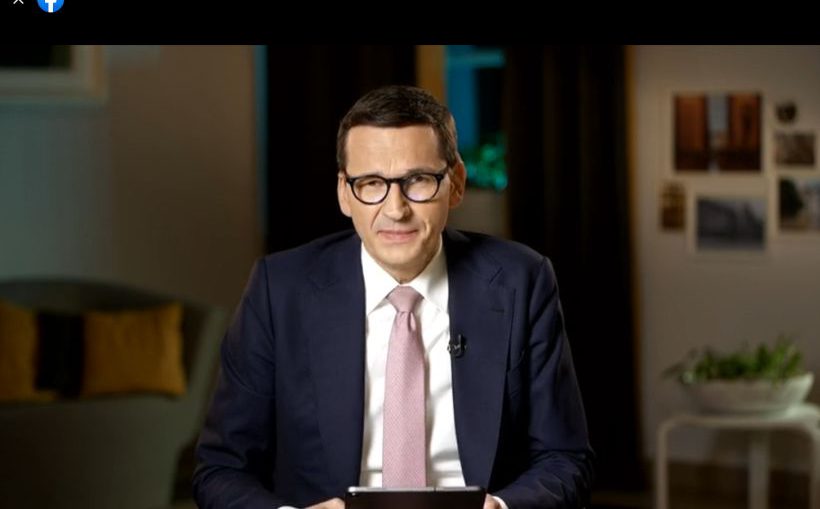 Poland’s prime minister has vowed to press ahead with changes to the judicial system, saying they were necessary to improve efficiency and root out old communists.

Mateusz Morawiecki held a question-and-answer session with internet users via social media on Friday, during which he was asked about an overhaul of the judicial system that has caused a serious rift with the EU and prompted allegations that the government is undermining the rule of law.

“Indeed, outstanding court cases, lengthy proceedings, long procedures, a large lack of justice in many court decisions, are shortcomings commonly referred to by many Poles,” he wrote. “The whole time, the judicial system does not enjoy the trust of Poles.”

He explained that that was why his government had embarked on changing the system in 2016-2017. “Twenty-five years after regaining freedom, the judicial system demanded changes,” he wrote.

Morawiecki said that after screening introduced in Germany following the fall of communism only 30 percent of the judges and prosecutors remained to issue verdicts, the rest having been removed from duty. He said the communist system that Poland emerged from “was imbued with mechanisms of servility and obedience towards totalitarian authority, not to mention grave sins – like judges and prosecutors who simply served communist criminals like the Security Service.”

Morawiecki added that this a reason why changes needed to be made.

“Our partners in Western Europe unfortunately do not understand this,” he wrote. “I am also of the opinion that we should make those changes better, differently, a bit quicker, but unfortunately it happened that the matter became a hot potato.”

He added that the judiciary should not be a “caste” but a group of people who served society, nothing more. He said they were not legislators, though that role was taken up ever more by the European Court of Justice.

Morawiecki added that many measures had not been implemented but that his government would “strive to painstakingly carry out a reform of the judicial system.”