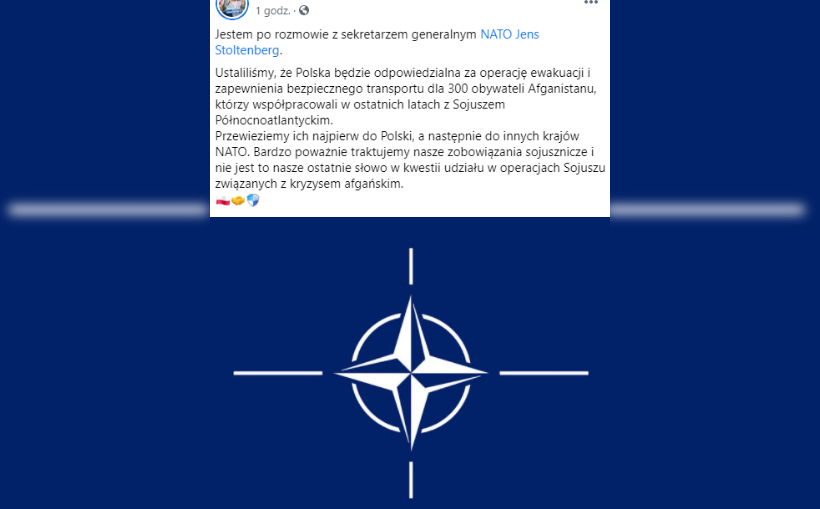 Poland will be responsible for an evacuation operation that will ensure safe transport for 300 Afghan citizens who have cooperated with NATO in recent years, Poland’s prime minister wrote on Facebook on Friday.

Prime Minister Mateusz Morawiecki wrote that the evacuation operation was agreed upon after a conversation with NATO Secretary General Jens Stoltenberg.

“First we will bring them to Poland and then we will transport them to other NATO countries,” Morawiecki wrote.

He added that Poland treats its commitments to allies “very seriously” and that “this will not be the last word on the matter of participation in the Alliance’s operations related to the Afghan crisis.”

Later on Friday, Stoltenberg tweeted: “The importance of continued coordination on Afghanistan. I thank Poland for agreeing to help in the evacuation of Afghans who have supported NATO.”

On early Friday morning, a third plane with Poles evacuated from Kabul, and Polish co-workers with their families landed in Warsaw. Earlier, a plane from Uzbekistan landed in Poland on Wednesday evening, while another arrived on Thursday morning.

Large parts of Afghanistan, including the capital Kabul, have been taken over by the Taliban in the wake of the United States’ withdrawal from the country.