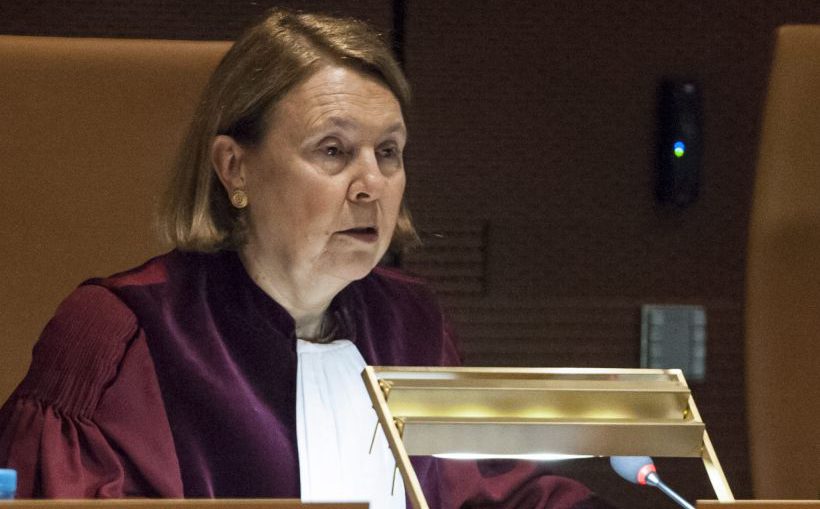 The decision to apply interim measures in the case was taken by CJEU Vice-President Rosario Silva de Lapuerta.
Nicolas Bouvy/PAP/EPA

The Court of Justice of the European Union (CJEU) ruled on Wednesday that Poland must “immediately suspend” laws related to the functioning of the Disciplinary Chamber of the Supreme Court.

The decision to apply interim measures in the case was taken by CJEU Vice-President Rosario Silva de Lapuerta.

“In the decision issued today (Wednesday) Court Vice-President Rosario Silva de Lapuerta upheld all the requests of the (European) Commission until the issuance of a final verdict… Poland is obliged to immediately suspend application of domestic provisions relating in particular to the powers of the Disciplinary Chamber of the Supreme Court,” the ruling read.

“The application of these (Domestic provisions – PAP) may as a consequence lead to a serious occurrence and irreversible damage to the legal order of the European Union and, consequently, to the rights that individuals draw from EU law and for the principles expressed in Art. 2 of the TEU (Treaty on the European Union – PAP) on which the EU is founded, in particular for the value of the state of law,” the decision continued.

The ruling follows the European Commission’s decision in October 2019 to take Poland to the CJEU. The Commission argued that a Disciplinary Chamber under the Polish Supreme Court, set up in 2017 by the ruling coalition to take disciplinary measures against judges, violated judicial independence in that it could have a “chilling effect” on judges, and thus ran against EU law.

In April, 2020, the CJEU provisionally suspended the Disciplinary Chamber’s activity concerning disciplinary proceedings against judges “until delivery of the final judgment.”

So far Poland has refused to comply with instructions for the disciplinary chamber to be suspended.

The institution of the Disciplinary chamber was part of a broader overhaul of the Polish judicial system, large parts of which have been contested by the EU on the grounds that they made courts vulnerable to political pressure.

The European Commission has claimed that the overhaul threatens the independence of judges, and has thus taken the Polish government to court.