Skip to content
You are here
Home > News > Fate of people living in Oświęcim, which Nazis renamed Auschwitz, explored in online exhibition 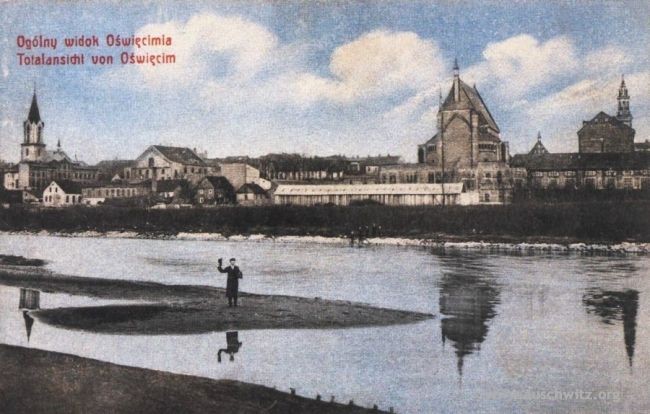 The often-overlooked fate of the people living in the town of Oświęcim which the Germans renamed Auschwitz during the Nazi occupation is the subject of a new online exhibition.

While many were expelled from their homes and sent into forced labour to make way for the camp and the planned ‘ideal’ Nazi city, those who remained were often heroic.

They smuggled food and medicines, helped prisoners to escape and hid fugitives in their own homes. They risked their lives and their families to help Auschwitz prisoners.

Published by the Auschwitz Museum, the presentation of text, photographs, charts, maps and graphics tells readers about how the Germans set out to murder the town’s Jews, expel the remaining Poles and turn the town into a city built specially for the SS – ‘Musterstadt Auschwitz.

The ‘lesson’ shows how the local population responded to this, how they organised resistance and provided help, and the terrible price they eventually had to pay. 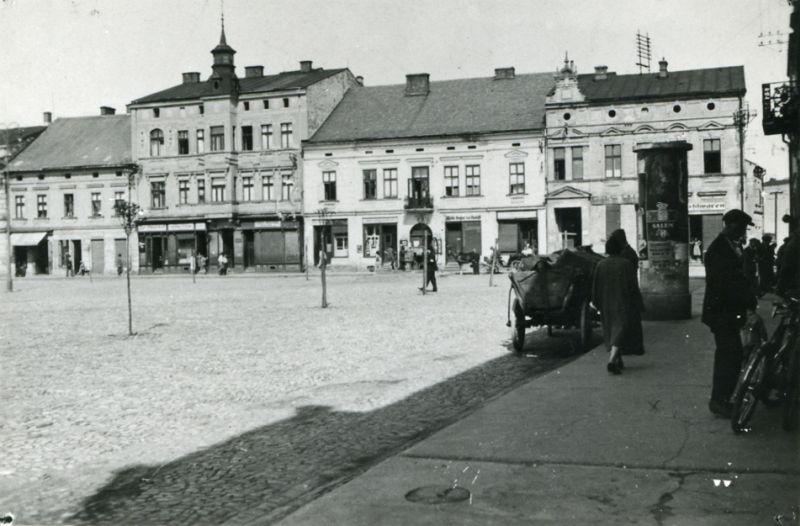 The twelve chapters available to read in English and Polish were authored by  Dr Piotr Setkiewicz, the Head of the Auschwitz Museum Research Center.

He writes in the introduction: “Soon after the outbreak of the Second World War Oświęcim became the site not only of the largest German concentration camp but also of a particular population experiment.”

The initiative comes at a time when greater attention is being paid to the fate of the town’s population during the largest documented mass murder in history.

In the lesson, readers can learn that “directly before the war, the population of the town of Oświęcim was ca. 13 thousand people, with approximately a half of them Jewish and another half Polish. In 1946 the population shrank to only 6708 people, nearly exclusively Poles,” the Auschwitz Museum wrote in an accompanying press release. 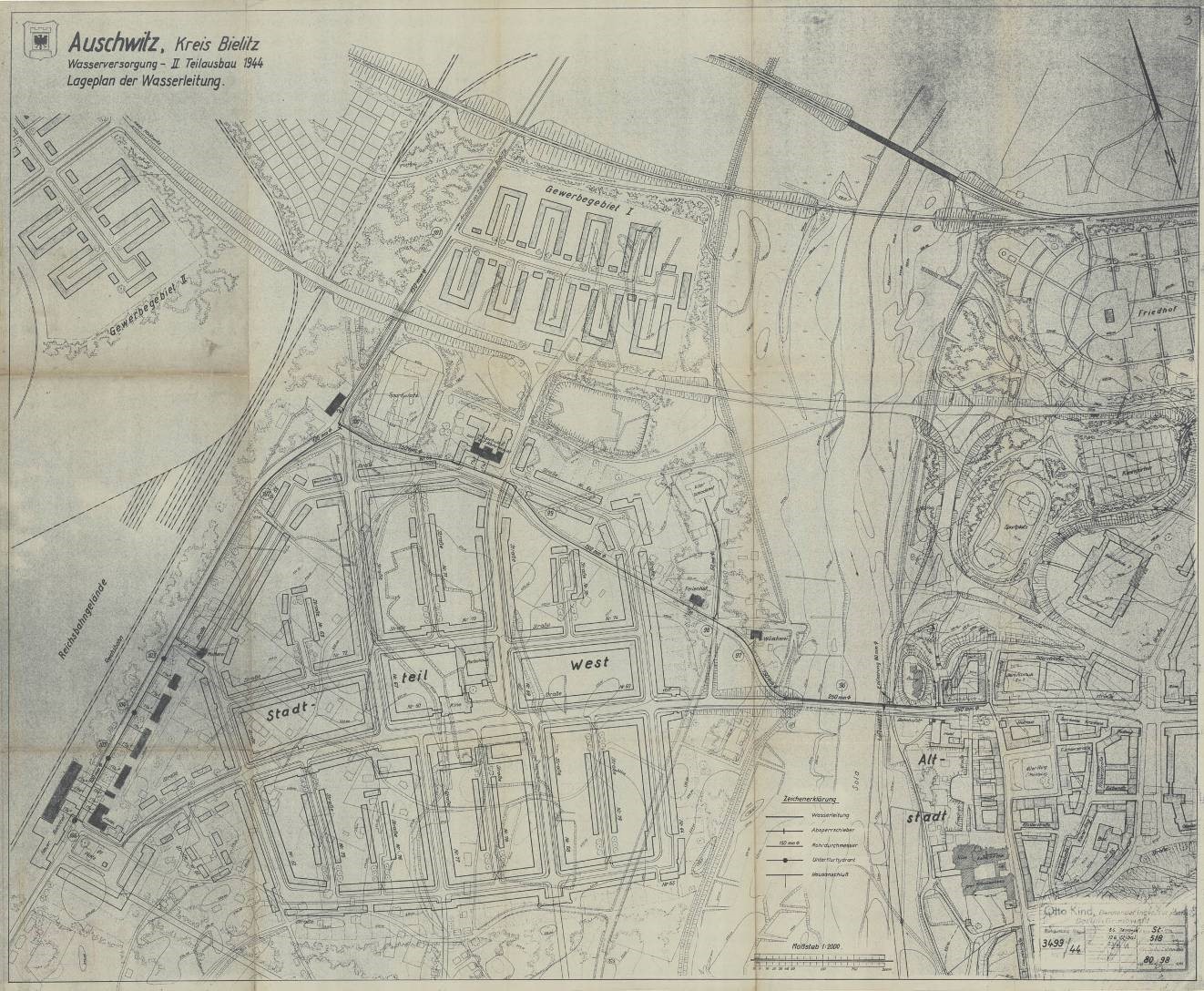 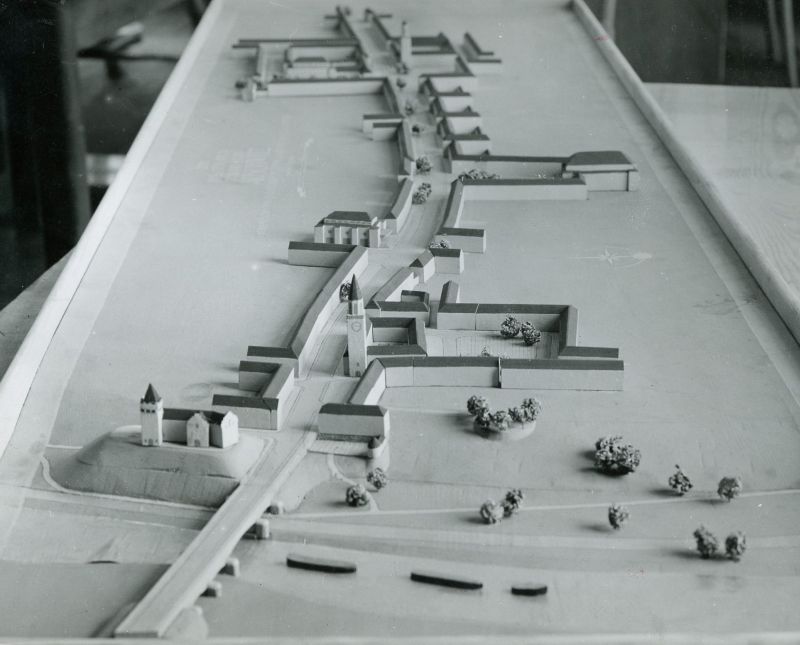 Plans for the reconstruction of OświęcimA-BSMA

It added: “German authorities at once embarked on obliterating any traces of Polishness, immediately changing the names of the streets in the city.

The plan to turn Oświęcim into an SS city was given to a young architect called Hans Stosberg, who was tasked to “prepare a design of thorough reconstruction of the right-bank part of the city. In the future, obviously after the removal of all its Polish and Jewish inhabitants, it was supposed to become “a model for the settlement in the East” and “a stronghold of Germanness”.

“The fate of the local population seemed to be doomed at the very moment when the decision to incorporate Oświęcim into the Third Reich was taken,” the chapter on German plans for the town says.

It continues: “In the opinion of the plenipotentiary of Heinrich Himmler, Dr Fritz Artl, […] Poles densely inhabiting the belt of land surrounding the industrial hub from the East […] should be resettled and replaced by German colonists.”

The village of Monowice before displacements (August 1941).NARA 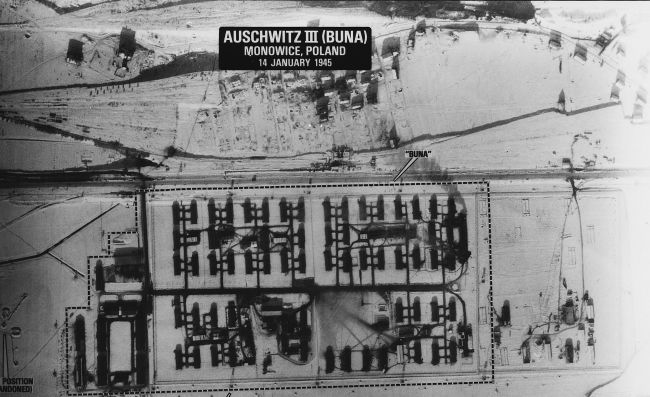 More specifically in Auschwitz, “Rudolf Höss was interested in taking over the territory between the rivers Vistula and Soła already in the autumn of 1940.

“According to his plans, the area, covering around 50 km2, was supposed to be used by the SS for agricultural purposes with inmates cultivating the land, raising cattle and rabbits, and also fishing in the nearby ponds.”

To put this plan into practice, all Poles from the area were to be removed by force and the entire zone would be controlled by the SS.

“[…] deportations to labour in the Reich made the number of former Polish citizens drop by around a half, and the number of the young and adult men even further,” the lesson reads. 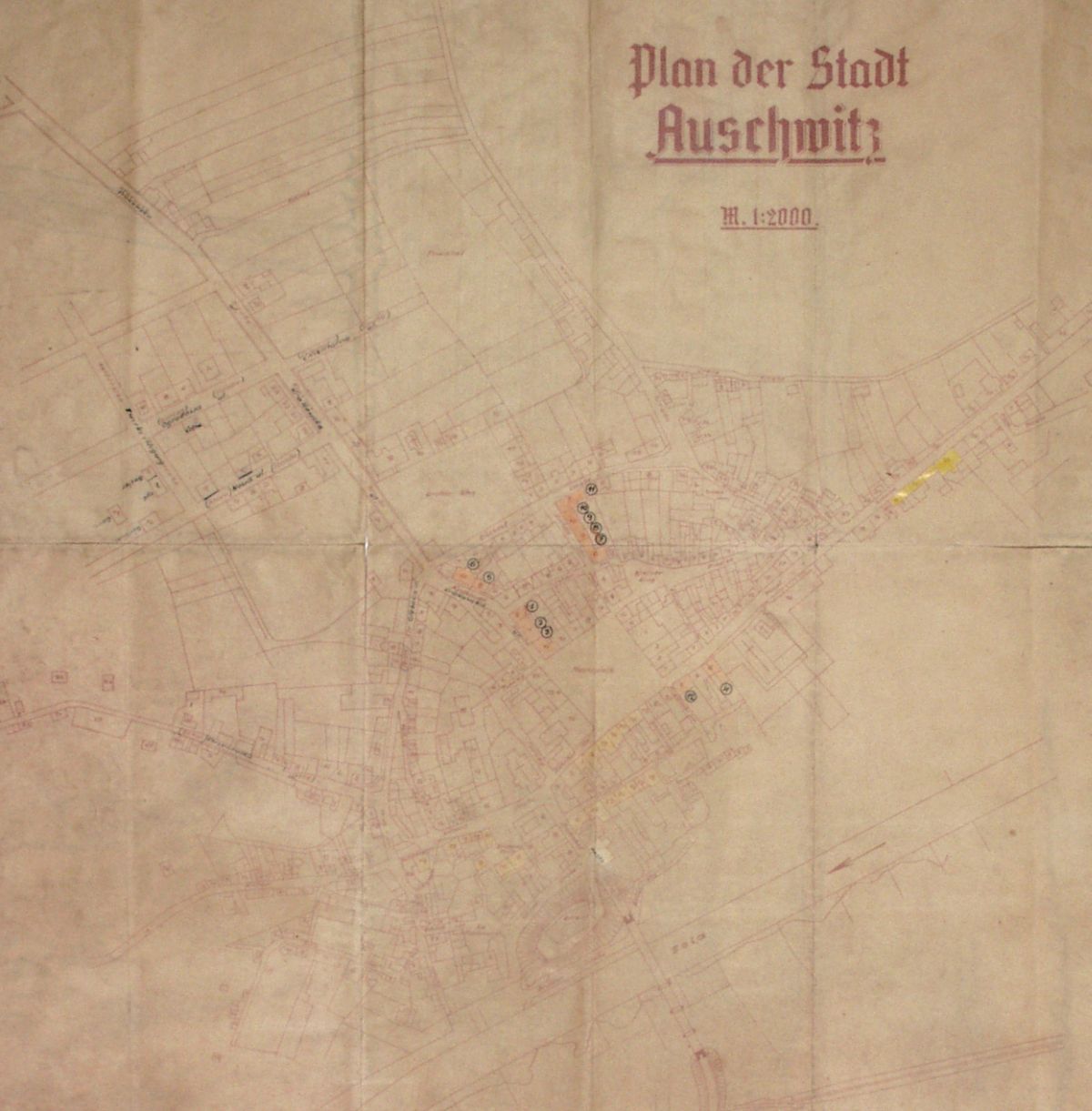 One of the first plans of Oświęcim (already with German street and square names) with the empty houses after the displacement of the Jews in April 1941 marked in yellow, and the seats of Jewish companies ready for takeover (Anzusetzenden Geschäfte) marked in red.A-BSMA

“A significant overrepresentation of women and girls in the resistance in Oświęcim was quite peculiar,” we can read.

Much of the resistance effort involved making sure prisoners had enough to eat.

“As the amount of food obtained through free collections were far insufficient to cover the needs, members of the clandestine groups aiding the inmates established contacts with owners of shops and bakeries, and with peasants whose farms were often quite far away from the camp,” the lesson informs.

Those who were caught giving help to camp inmates were often sent to the camp themselves or murdered.

“Fear and terror were also instilled into the people of Oświęcim by the scenes of cruel and frequent acts of cruelty and murders of the inmates by the SS staff and kapos, which they could observe.” 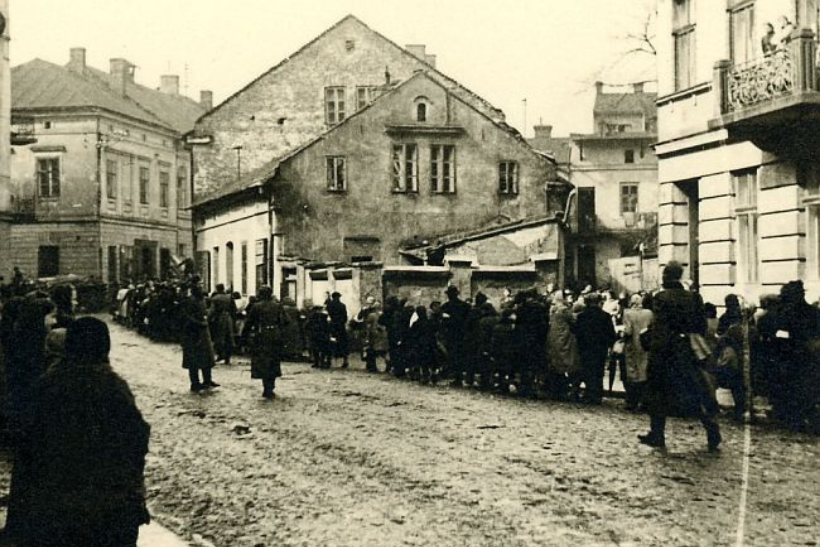 Jews being herded along an Oświęcim street in April 1941.  A-BSMA

Much of the content is devoted to the huge IG Farben synthetic rubber plant, where many local residents were forced to work.

56 to 64 hours a week on average. Therefore, for most of the year, they had to leave for work before dawn and return home after dusk.”

The lesson is available in English and Polish.

To read more about Oświęcim during the war, click HERE.