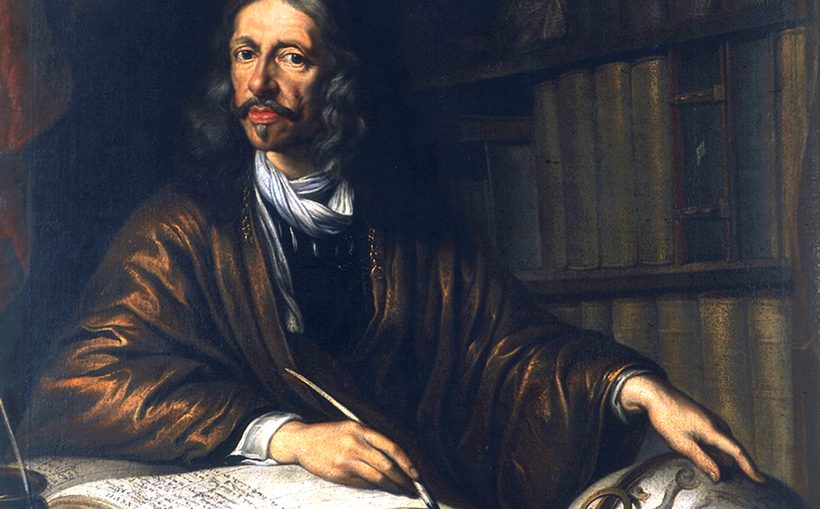 Hevelius devoted himself to astronomy and spared no expense and effort when constructing in 1641 his own astronomical observatory.
Public domain

Five Johannes Hevelius works, including Selenographia and Machina coelestis, have been included on the National List of the UNESCO ‘Memory of the World’ Programme.

The announcement was made on Monday by Marta Pawlik-Flisikowska of the Library of the Polish Academy of Sciences (PAN), located in Gdańsk, northern Poland.

Johannes Hevelius (1611–1687), born in Gdańsk, was a town councillor, a well-educated lawyer and an astronomer.

Hevelius works will be officially added to the list with other selected items of fundamental importance to national history, culture and identity from Polish archives, libraries and museums during a ceremony at the Belweder Palace in Warsaw on Thursday.

The Gdańsk PAN library is the only one in the world to have a complete set of printed works by the great astronomer. The Hevelius collection consists of 19 volumes published between 1674 and 1690 in Gdańsk.

Hevelius devoted himself to astronomy and spared no expense and effort when constructing in 1641 his own astronomical observatory. Built on the rooftops of his house in Gdańsk, the observatory was one of the best equipped in Europe.

The majority of its instruments were made by Hevelius himself. The astronomer’s workroom was additionally equipped with a print shop and an etching shop in which Hevelius published his own works.

The Polish committee of the UNESCO programme, on which sit representatives of the biggest Polish libraries, archives and academic circles, chooses items for the Polish List of the UNESCO Programme every year.

The ‘Memory of the World’ Programme and its Polish List created in 2014, form an integral part of the UNESCO ‘Memory of the world’ Science and Culture Programme initiated in 1992. Its aim is to preserve a comprehensive documentary heritage of humanity, primarily protecting them, spreading knowledge about them and creating conditions to make them as available as possible to society.