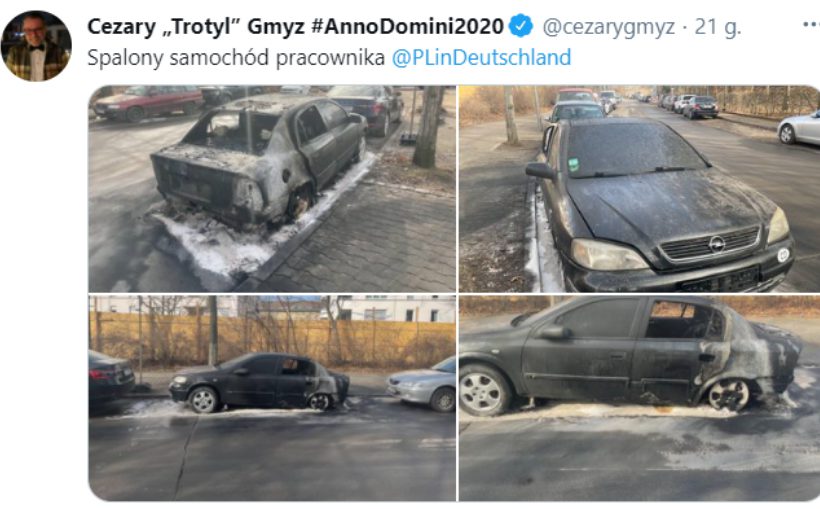 A car belonging to a Polish embassy employee was set on fire in a western district of Berlin early on Tuesday morning, police in the German capital have told PAP.

“At the moment there are no signs that the crime was politically motivated,” said the police, adding that no one had been hurt in the incident.

An investigation into the burning of the embassy’s Opel Astra is ongoing.

“We have learnt about this incident with regret and dismay, and we are in contact with the relevant Criminal Office of Berlin and the Polish Embassy in Berlin,” the German Foreign Ministry told PAP.

At the same time, the ministry asked for “understanding, that we cannot provide any information about the investigation.”

“The issue whether the crime was politically motivated is also being investigated,” the ministry added.

The car was marked with a CD (corps diplomatique) diplomatic sticker, PAP was told by Dariusz Pawlos, the Polish embassy spokesman.