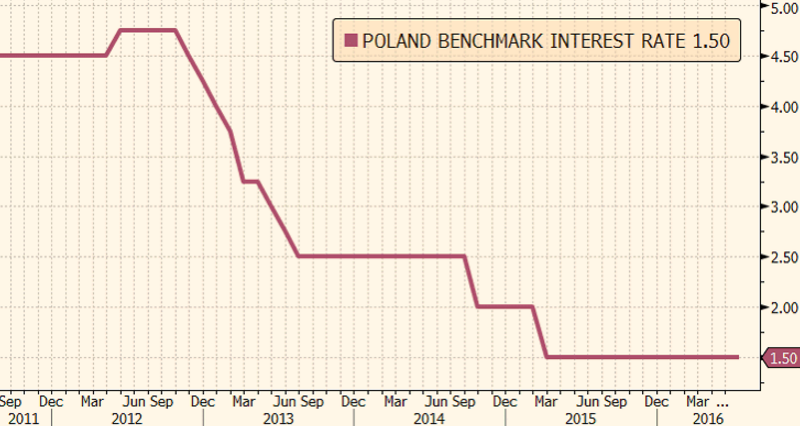 Poland’s central bank has kept interest rates on hold at a record low 1.5 per cent, where it has been firmly anchored for more than a year now.

It cut its benchmark interest rate to the current low in March 2015, and it has remained there ever since.

Before the Law and Justice Party came to power in October, there were fears among analysts that it would put pressure on the central bank to ease policy further in order to accommodate its extensive spending plans, but that has yet to materialise into a move in interest rates.

Even so, the policies of the new Polish government have been subjected to intense scrutiny of late by credit rating agencies.

In January, Standard & Poor’s slapped Poland with its first ever downgrade, while in April Moody’s warned that the country’s constitutional crisis is potentially damaging to its credit rating.