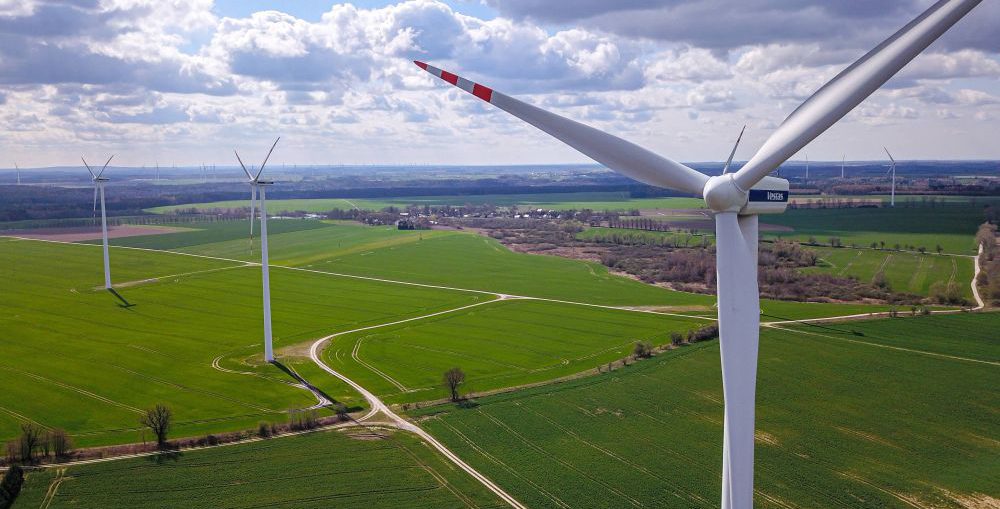 February was a record-breaking month for Polish wind farms as a strong and constant wind kept the turbines turning and the electricity being generated.

Despite February being the shortest month of the year the country’s wind farms supplied 2.1 TWh (a terawatt hour is a unit of energy equal to outputting one trillion watts for one hour). In more simple terms they generated around PLN 400 million of electricity.

In the evening of February 16 alone wind farms also generated 5.33 GW of energy, surpassing the previous high of 5 GW.

The huge amount of electricity generated in February follows in the footsteps of January, which was also a good month for wind farms, thanks mainly to the force of Storm Ciara that tore across Europe in the first weeks of the year.

Energy generated by wind also pushed electricity prices down in February despite the month traditionally being marked by high consumption. According to Towarowej Giełdy Energii, a company specialising in the trading of energy, the average price for electricity in February fell from PLN 250 for a MWh (mega-watt hour) to about PLN 170/MWh, its lowest level in about two years.

The high-level of electricity generated in Poland by wind power in 2020 has helped raise awareness of the possibilities the country offers when it comes to wind generation.

PGE, Poland’s largest power producer and supplier, for example, believes the country has the capacity to become one of Europe’s biggest off-shore power producers by 2028. According to the firm, Baltic wind farms could generate between 9 and 12 GW of power, making them second only to the North Sea farms in terms of capacity.

The Baltic also has the advantage over the North Sea of being non-tidal and shallower, which allows for the turbines to be located closer to the shore.