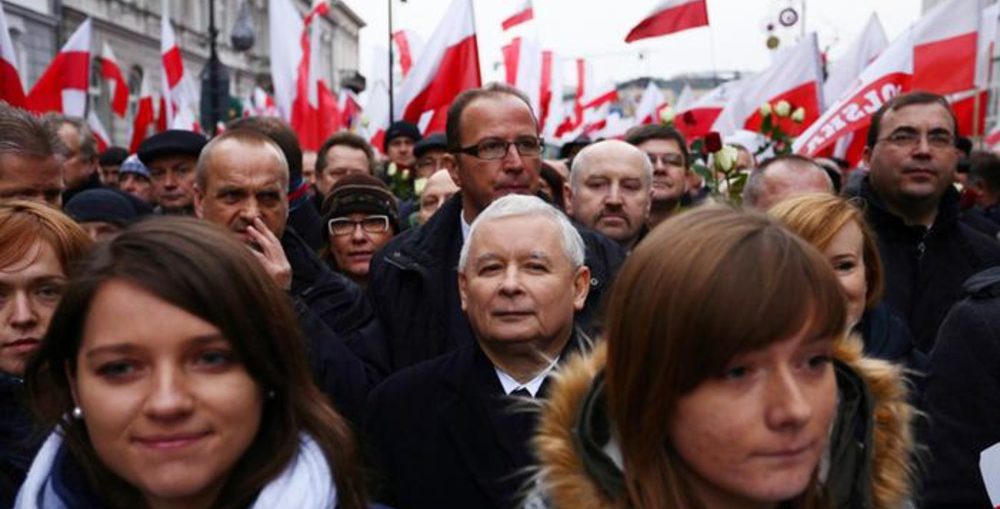 Poland’s ruling party has pledged to raise the minimum wage by 90% over four years. A month before a general election, such a move is either a stroke of political genius or economic calamity, depending on who you ask.

The government says it will pay for this by removing the cap on social-security contributions for salaries over 142,900 zlotys a year.

Any increases to Poland’s minimum wage will have a minimal impact on inflation, Poland’s central bank governor Adam Glapinski said, suggesting it would add 0.1 percentage points next year and something similar the following year.

Poland will also not abandon its pledge to keep borrowing costs at a record-low for the foreseeable future, Glapinski added.

The hike in the minimum wage follows PiS’s decision to increase old age pensions, cut taxes for younger people and raise child benefits. The election on October 13 will see if the party, currently with a 19% lead in opinion polls over its nearest rival the centrist Civic Platform (PO), can convince enough voters to return it for four more years of rule.

Polish employer groups are alarmed, arguing the move will trigger a sharp rise in costs from 2020 as higher wage levels kick in, and may fuel inflation even earlier.

The Lewiatan business lobby group and 54 of its peers wrote an open letter to Prime Minister Mateusz Morawiecki saying the plans will erode growth, which dropped a little to 4.5% from a year earlier in the second quarter.

According to their calculations, net salaries will drop 11% as a result of the planned social security changes, while company costs will rise 16%.

“The probability of prices rising already in the autumn is rising,” Lewiatan economist Sonia Buchholtz said. Companies will boost prices to avoid bankruptcy, especially in sectors with low margins, she added.

It will hurt Poland’s ability to attract investment in high-end jobs in banking and IT by making it more costly to compete for white-collar workers, Lewiatan said.

“This is a scarcely credible almost 90% in 5 years,” Warsaw-based lawyer Malgorzata Grzelak told DW. “It remains to be seen whether this latter number is a considered extrapolation from Poland’s growing economy or just blatant electioneering,” she added.

“I do not think there is a purely economic justification for raising the minimum wage above the initial governmental proposal of 2,450 zlotys,” she added.

ING bank said in a statement it expected inflation to nudge up from 2.8% to 3.2%-3.5% in 2020 due to the wage hike, adding that investment dynamics will suffer as well, although the impact on GDP may be offset by other spending pledges.

Additional expenditure should be covered by one-off revenues from taxing the transition of pension capital from OFE (pension funds) to private funds, the bank added.

But the empirical evidence for it driving up unemployment is mixed at best, ING said. The Polish labor market is very strong at the moment and unemployment is very low (below 4% according to the Labour Force Survey), with the share of enterprises complaining about labor shortages close to an all-time high.

“The minimum wage is not going to push unemployment in Poland up, unless it coincides with a deep recession,” ING said.

Higher labor costs to some extent will be passed on to consumers by raising the prices of services and to a lesser extent goods produced.

“Those companies that won’t be able to raise prices, for instance due to international competition, will lose profitability. Some will invest to raise labor productivity or substitute capital for labor. But many (especially SMEs) won’t be able to do that due to limited access to financial and capital markets,” ING continued.

However, the minimum wage law is never enforced 100%. There are always companies that don’t comply, either directly or by requiring more hours of work than the usual full-time.

According to IZA research, such non-compliance is more prevalent in countries where collective bargaining is weak, Poland being a classic example.

The hikes will end the “post-colonial concept of Poland as a source of cheap labor,” PiS leader Jaroslaw Kaczynski told an election rally last week. “We owe it to Poles to increase living standards. We deserve the same level of life as in the West. Our country should catch up in this respect with the standard of living in Germany.”

“[Kaczynski’s comments] seem like a general reference to certain post-colonial theories on capitalistic exploitation subordinating Eastern European countries to the Western economies, the supranational organizations or certain political options or more generally theories of domination over and exploitation of dependent territories or individuals,” Grzelak said.