Skip to content
You are here
Home > Economics > ‘Paris is burning’: Trump hails US economy while ‘outside world blowing up’ 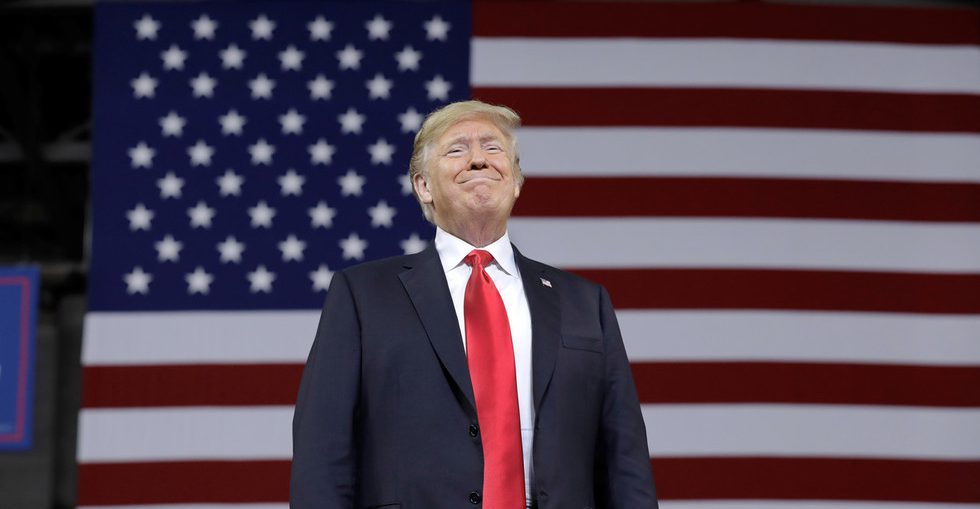 Donald Trump has taken to Twitter to praise the American economy while simultaneously slamming France, China, and the Federal Reserve – but Twitterati responded that he has little to be victorious about.

“It is incredible that with a very strong dollar and virtually no inflation, the outside world blowing up around us, Paris is burning and China way down, the Fed is even considering yet another interest rate hike. Take the Victory!” Trump wrote on Monday.

But as Trump hails America at the expense of Paris and Beijing, the internet is reminding us that perhaps the US president shouldn’t be so happy that Paris – a US ally – is “burning.”

The tweet was targeting the Federal Reserve that is expected to raise interest rates again as it was steadily doing as the economy was growing. Zero interest rates were introduced during the recession. Trump has been critical of the Fed’s plans to increase the rates saying it would damage the economy.

Others pointed out the investigations surrounding Trump, implying he has his own worries to consider.

The Monday tweet isn’t the first time that Trump has recently taken aim at France. Earlier this month, he took to Twitter to say that the Paris Climate Agreement – which the US pulled out of – isn’t working well for France, referencing the Yellow Vest protests which have taken over the capital and other French cities in recent weeks.

He ended his tweet by stating that some of the French protesters were chanting: “We Want Trump!” However, that comment actually appeared to be based on a demonstration which took place in England – not France.

France’s foreign minister spoke out following that tweet, telling Trump to “leave our nation be” and reminded him that Paris doesn’t mettle in American politics.