Skip to content
You are here
Home > Economics > What can the EU do to punish Poland? 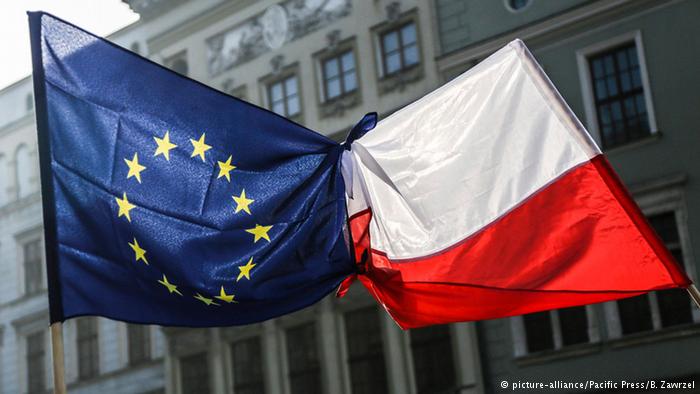 IN THE mid-1990s, as the European Union began expanding eastwards, its politicians faced a tricky question. To join the bloc, countries had to commit to democratic standards, human rights and the rule of law. The EU had a lot of leverage over aspiring members. But what if a country turned its back on those values once it got in? The Economist reports.

Article 7 was the EU’s answer. A version of it first appeared in the Treaty of Amsterdam in 1999. Governments that violated the union’s fundamental values would be threatened with sanctions, including the suspension of voting rights. Austria had been one of the most vocal advocates for introducing Article 7. But in 2000, when Jörg Haider’s far-right Freedom Party was included in a coalition government, it found itself threatened with the measure it had helped draft. The EU did not suspend Austria’s voting rights, but it did impose some (mostly symbolic) sanctions. They didn’t work, and Mr Haider remained popular.

After the Haider affair, the EU tweaked Article 7, adding a warning stage before sanctions could be imposed. The formal warning requires a four-fifths majority of the European Council; it sends a strong signal that there is a “clear risk of a serious breach” of EU values. Imposing sanctions then requires the unanimous backing of all member states.

Ever since Poland’s nationalist Law and Justice (PiS) party won a narrow parliamentary majority in 2015 and set about dismantling checks on its power, talk of Article 7 has grown. Viktor Orban, Hungary’s prime minister, who has had his own brushes with Article 7, has called the EU’s criticism of Poland an “inquisition”; he will doubtless veto any attempt to invoke sanctions. Still, according to Daniel Kelemen, an expert on EU law at Rutgers University, merely invoking the formal warning, an unprecedented step, would pile the political pressure on PiS.

On July 26th the European Commission announced that it will trigger the first part of Article 7 if the Polish government resumes efforts to dismiss judges from its Supreme Court, which it dropped this week. On the same day, the commission launched an infringement procedure against Poland for a third law, signed by Andrzej Duda, the president, which gives the government more control over ordinary courts. Besides invoking Article 7, in future the EU could attach conditions to the aid it gives Poland. But it would help if the union’s national governments spoke out, too. So far Angela Merkel, Germany’s chancellor, and Emmanuel Macron, France’s president, have barely said a word.