Skip to content
You are here
Home > Economics > Qatar, Poland to start new phase in relations 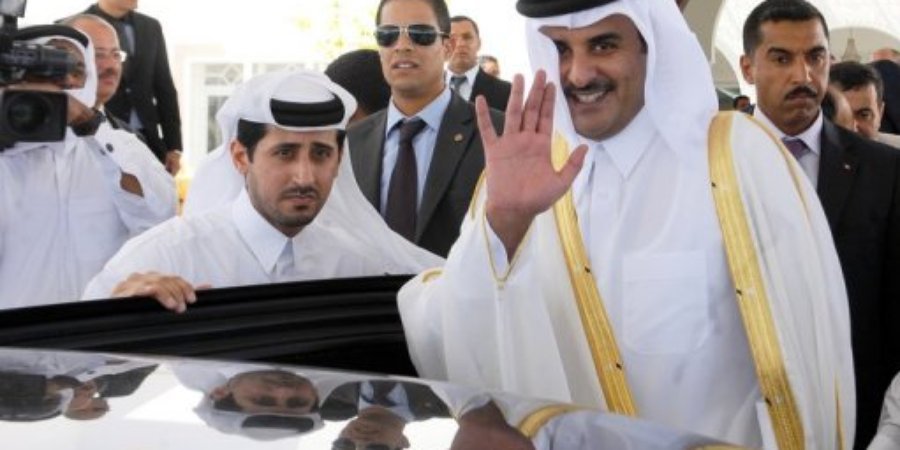 Qatar and Poland are set to start a new phase of bilateral co-operation with the official visit of HH the Emir Sheikh Tamim bin Hamad al-Thani to Poland on Thursday, during which the Emir will hold talks with Polish President Andrzej Sebastian Duda and a number of senior officials, Gulf Times reports.

The visit will witness the signing of a number of agreements and memorandums of understanding in various fields between the two countries.

The bilateral co-operation between Qatar and Poland in the field of energy is a matter of priority.

A year ago the two countries signed an agreement to increase the supply of the Qatari liquefied natural gas to Poland to 2mn tonnes per annum.

The operation of the Polish Swinoujscie LNG terminal in 2015 helped in expanding the supply of liquefied natural gas (LNG) shipments to Europe, starting in Poland which represented the gateway to central Europe particularly the landlocked countries that lacked sea ports, in addition to the Baltic region.

The inauguration of Polish Swinoujscie LNG terminal, which receives the Qatari LNG, has opened a new chapter in the bilateral relations as the Polish economy is one of the strongest in Eastern Europe that enjoys a rapid growth rate benefiting the Qatari investors.

Poland signed a 20-year agreement with Qatar in 2009 under which Qatar provides Poland 1.5bn cubic meters of liquefied natural gas per year that ensures energy security in Poland.

Relations between Doha and Warsaw have developed significantly over the past few years, especially after the opening of the Polish embassy in Doha in 2006 and Qatar’s embassy in Warsaw in 2008.

The relations are also historic as Poland was one of the first countries to recognise Qatar’s independence in 1971 and also supported its application to join the United Nations the same year.

It appreciates Qatar’s international and regional role in establishing security and stability in many places in the world, and its excellence in all fields, including politics, economy, sports.

Relations between the leaderships of Qatar and Poland are close and distinguished by continuous consultation.

In December 2013, Doha hosted a Qatari-Polish summit witnessed the signing of a memorandum of understanding (MoU) in the field of sport between the Qatar Olympic Committee and its Polish counterpart, and a letter of intent between the ministers of interior of the two countries on co-operation in the field of law enforcement training.

In September 2014, HH the Emir Sheikh Tamim bin Hamad al-Thani and the Polish president met again on the sidelines of the 69th session of the UN General Assembly in New York.

The political consultation sessions have promoted and developed bilateral relations in various fields, and co-ordinated positions on many issues of common interest as well as mutual visits between the Polish and Qatari sides at various levels.

Qatar is the third largest trading partner of Poland among the GCC countries with a total trade value of 345.5mn euros.

Liquefied natural gas imports account for a large part of trade between the two countries, in exchange for Polish imports to Qatar that include electrical equipment, food and machinery.

HH the Emir of Qatar Sheikh Tamim bin Hamad Al-Thani’s visit to Warsaw represents an opportunity to introduce investment prospects in the country to Qatari investors, taking into account the fact that Poland’ ranks 24th among world economics, the trade opportunities provided by the government, and the safe infrastructure and legal environment, in addition to monetary and non-monetary facilities that enable investors to enter into investments in about 14 free economic zones in the country.

Poland has a wide geographical diversity that includes sea, mountains, lakes, rivers and large forests, which qualify the country to attract more investments and entrepreneurs in all sectors.

It also has a portfolio of partnership and investment projects with Qatar.

Alongside the energy sector, Poland has many promising sectors for investments including food and agriculture, medical services, research and development, joint humanitarian assistance, tourism, sports and culture.

Qatar is not only an investment and economic destination, but is also a destination for enhancing political and diplomatic co-operation, which will contribute to promoting the economic growth of the two countries and upgrading the level of relations between businessmen in both Poland and Qatar.

The business community in Poland is awaiting HH the Emir’s visit to present its expertise in many different sectors, especially in the fields of agriculture and agro-processing, as Poland is the largest producer of food products in eastern and central Europe, with production reaching more than 55bn euros in 2015.

The country also enjoys significant capabilities in the ICT sector with a market value of about 19bn euros with 140,000 employees.

It is the most competitive sector in Europe and employs international companies.

Poland ranks first in terms of the pace of development among EU countries, and ranks fifth in terms of attracting foreign direct investments according to the United Nations rankings.

It is also the first country to benefit from the European banking funds.