Skip to content
You are here
Home > Culture > In Great Britain, the memorial to Polish pilots was renewed for the 80th anniversary of the Battle of Britain 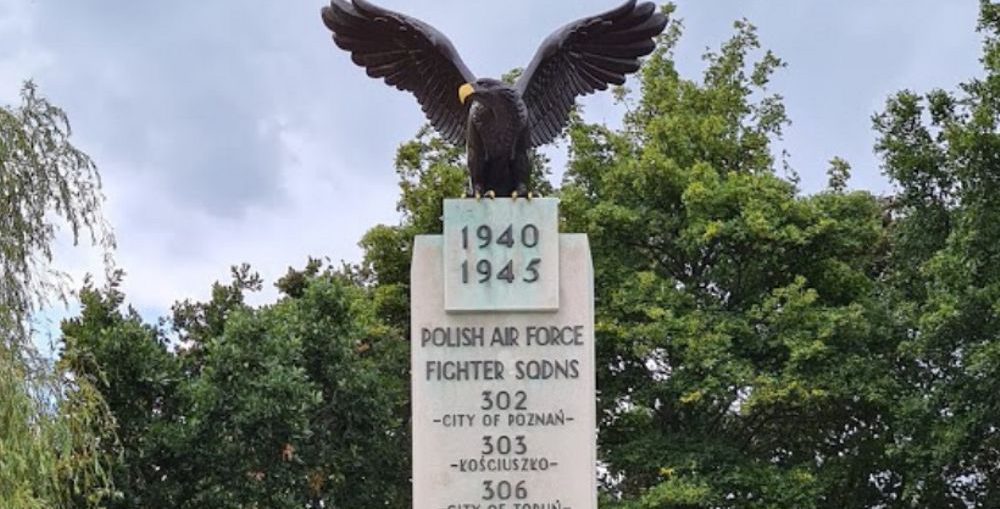 The Polish Air Force Memorial in London has been boosted to Grade II* status making it one of Britain’s most valued heritage sites.

The announcement by Historic England, an independent body that champions the UK’s historic sites, was made to coincide with Battle of Britain Day on September 15, which this year marks the 80th anniversary of the battle.

The upgrade from Grade II to Grade II* of the memorial to Polish airmen who served in the Polish Air Force in Britain during World War Two means that it is now a “site of more than special interest”, according to the UK’s heritage protection authorities. 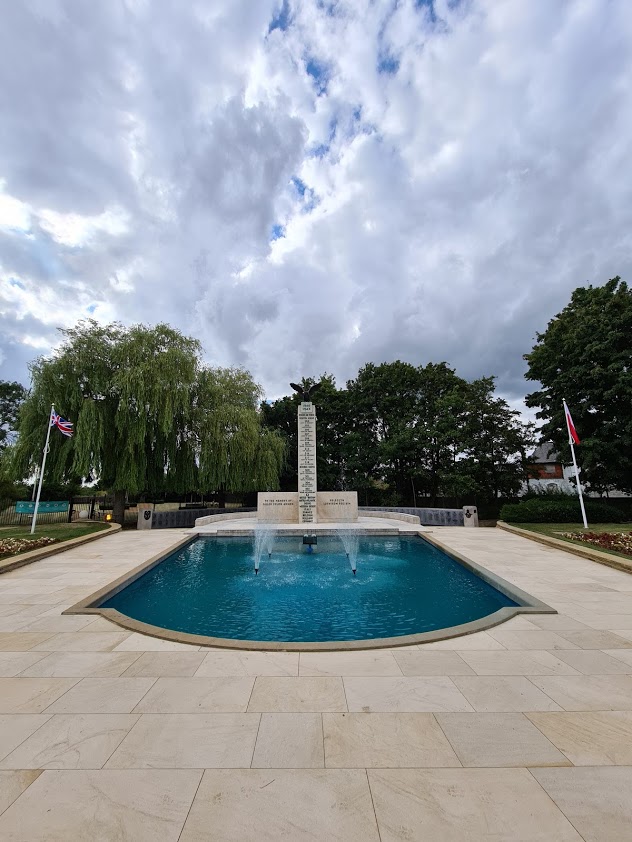 The upgrade now means it is a “site of more than special interest”, according to the UK’s heritage protection authorities.Historic England

The UK divides its protected heritage sites into three categories: Grade II, Grade II* and Grade I. This last category includes buildings such as Buckingham Palace and the Houses of Parliament.

The Grade II* listing means that the monument is now placed within a special group of just 5.5 percent of the UK’s 400,000 protected heritage sites.

Poland’s ambassador to the UK, Arkady Rzegocki, said that the upgrade “is a testament to the crucial role played by the Polish Air Force in the war and to the sacrifice made by Polish airmen and airwomen, 18,000 of whom had served in the Polish squadrons in the UK by the end of the war.” 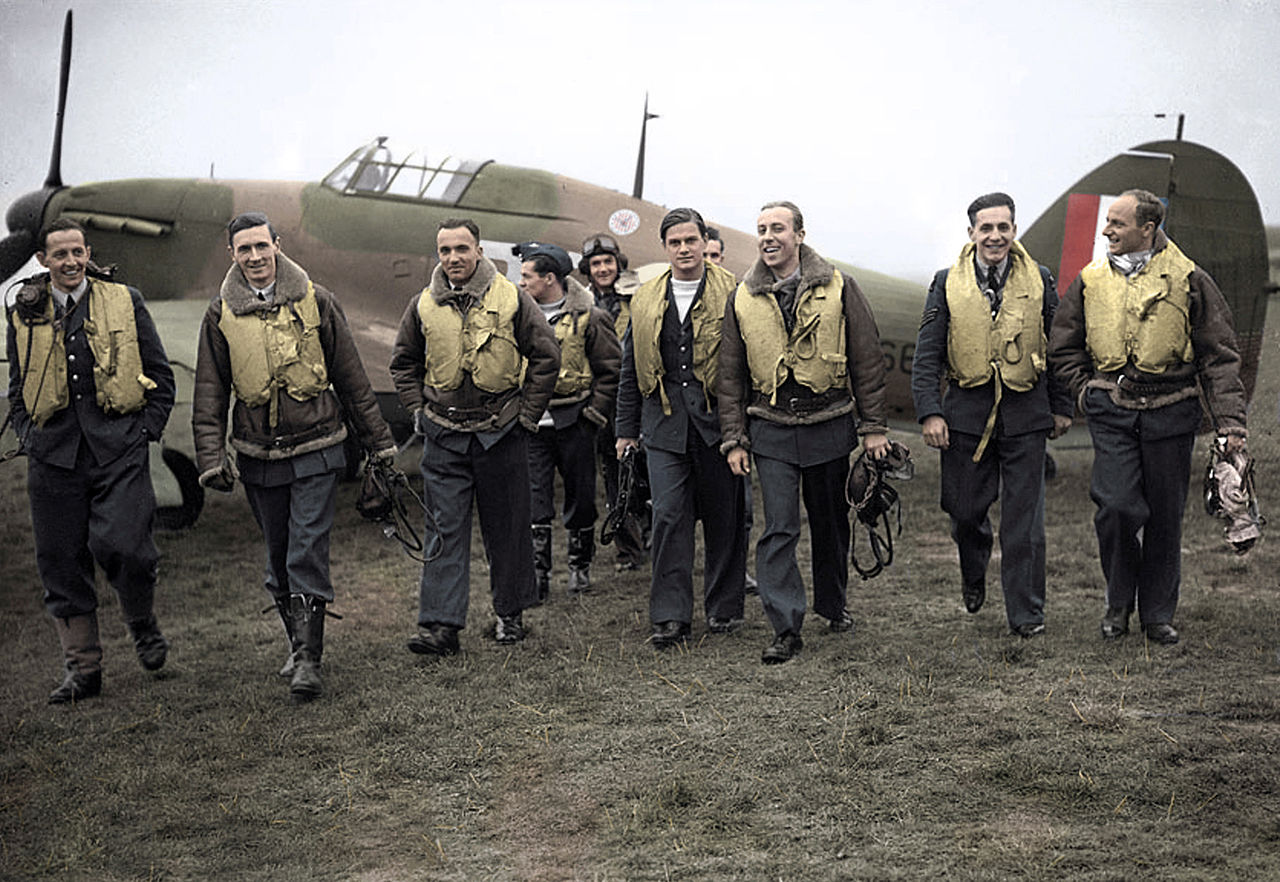 The air battle fought in the skies over southern England was the first major German defeat in World War II and a crucial turning point in the conflict.

Although Poles made up less than 5 percent of all pilots who fought in the battle, they accounted for 12 percent of enemy aircraft shot down. Most notable were the pilots of the 303 Polish Fighter Squadron, who achieved 126 kills in six weeks, while incurring modest losses of 18 Hurricanes, seven pilots killed and five badly wounded. 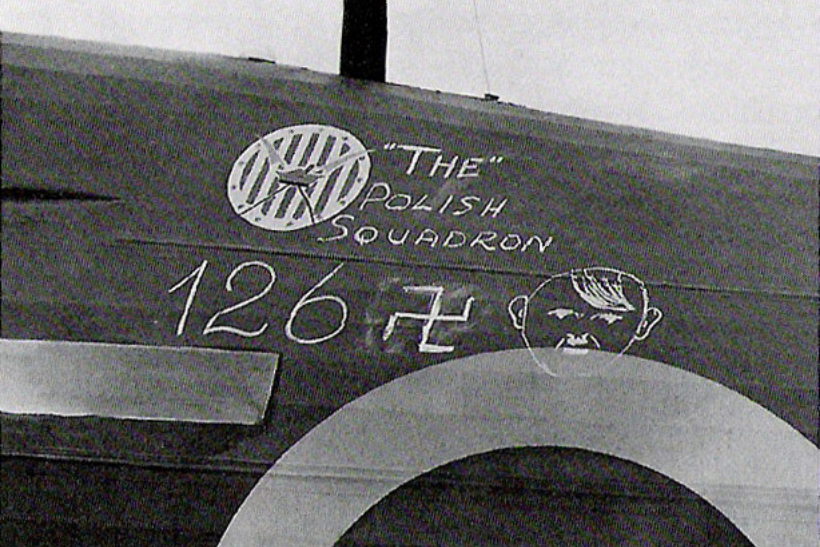 Graffiti on an aircraft’s fuselage celebrates the 126 German aircraft 303 downed during the Battle of Britain.Polish Institute and Sikorski Museum London

The memorial was raised in 1948 at the initiative of the Polish Air Force Association. It commemorates the contribution and sacrifices made by Polish airmen and it is specifically dedicated to them as an independent military force. It lists the names of the 1,900 Polish airmen who lost their lives in the Second World War.

In a statement accompanying the announcement of the upgrade, Historic England said: “At first, the British were sceptical of Polish pilots’ abilities when they arrived in Britain in 1940, believing German propaganda about their supposed ineptitude during the invasion of Poland.

“But as RAF casualties increased in the summer of 1940, RAF Fighter Command needed experienced pilots and by August 1940 an agreement had been reached to establish the independent Polish Air Force (PAF) beginning with two squadrons, Nos 302 and 303. 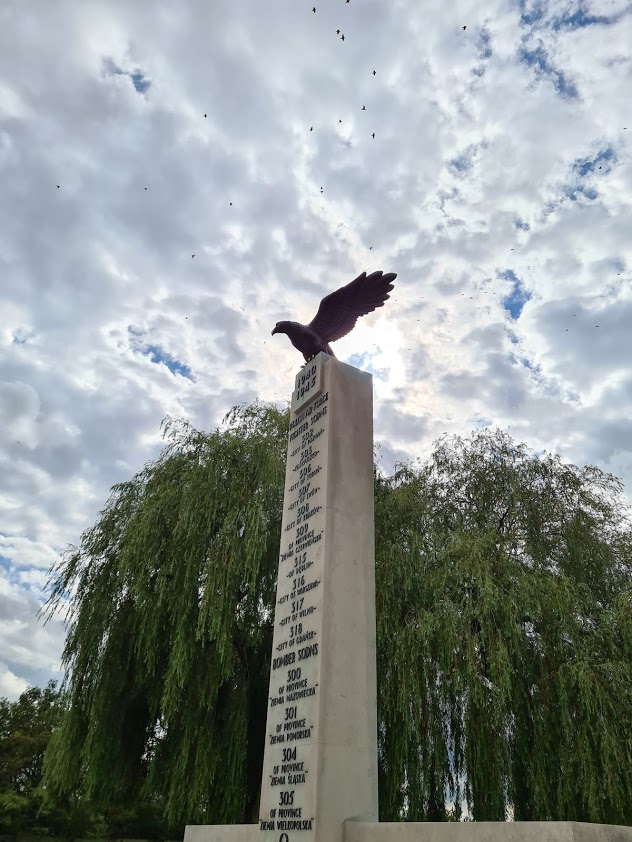 In total 1,900 Polish airmen would die over the skies of Western Europe and North Africa.Historic England

“Having already gained valuable combat experience against the Luftwaffe in Poland and in France, the PAF quickly became the largest and one of the most successful foreign units serving under overall British command.”

The statement ended by quoting Commander-in-Chief of Fighter Command, Air Chief Marshal Sir Hugh Dowding’s evaluation of the importance of the Polish contribution to victory in the Battle of Britain: “Had it not been for the magnificent work of the Polish squadrons and their unsurpassed gallantry, I hesitate to say that the outcome of battle would have been the same”.

The upgrade of the Polish Air Force Memorial joined three other sites connected to the Battle of Britain to have their heritage protection boosted to mark the 80th anniversary.

The three other sites were a WWII air raid shelter at a Surrey primary school that is covered in murals painted by the school’s children, a pillbox cleverly disguised as a roofless cottage in Northumberland to protect the area from German invasion, a rare Chain Home radar defence tower in Essex; and a war memorial to commemorate civilians in Dorset who lost their lives.