Skip to content
You are here
Home > Culture > The remains of a jug with a “creepy” horned face, which is 7000 years old, found in a Neolithic house 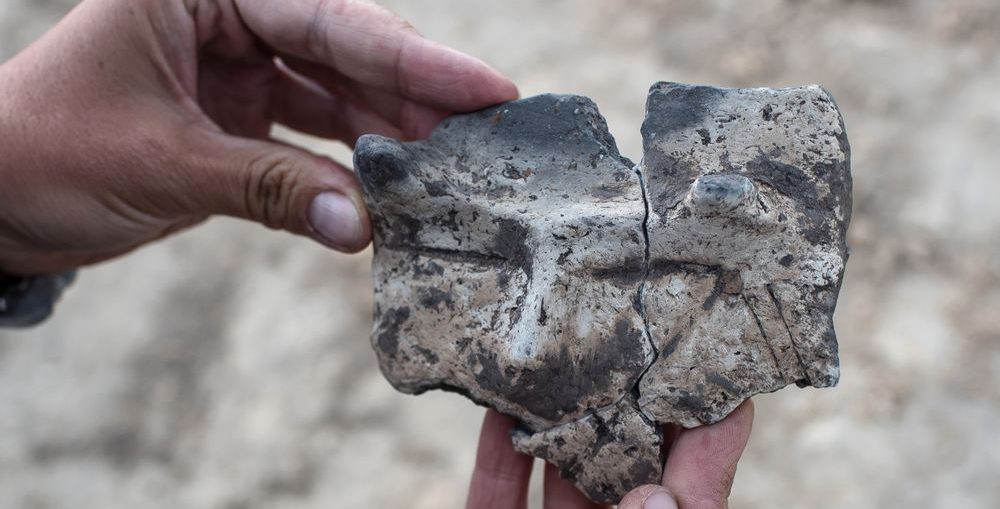 A 7,000-year-old jar shaped like a horned human face has been discovered in the remnants of a Neolithic house.

Archaeologists came across the creepy find during excavations in Biskupice, Małopolska, where they were examining the houses of prehistoric farmers.

Dr. Magdalena Moskal–del Hoyo from the Academy of Sciences’ Botany Institute said: “We are not able to interpret what this type of figure meant. 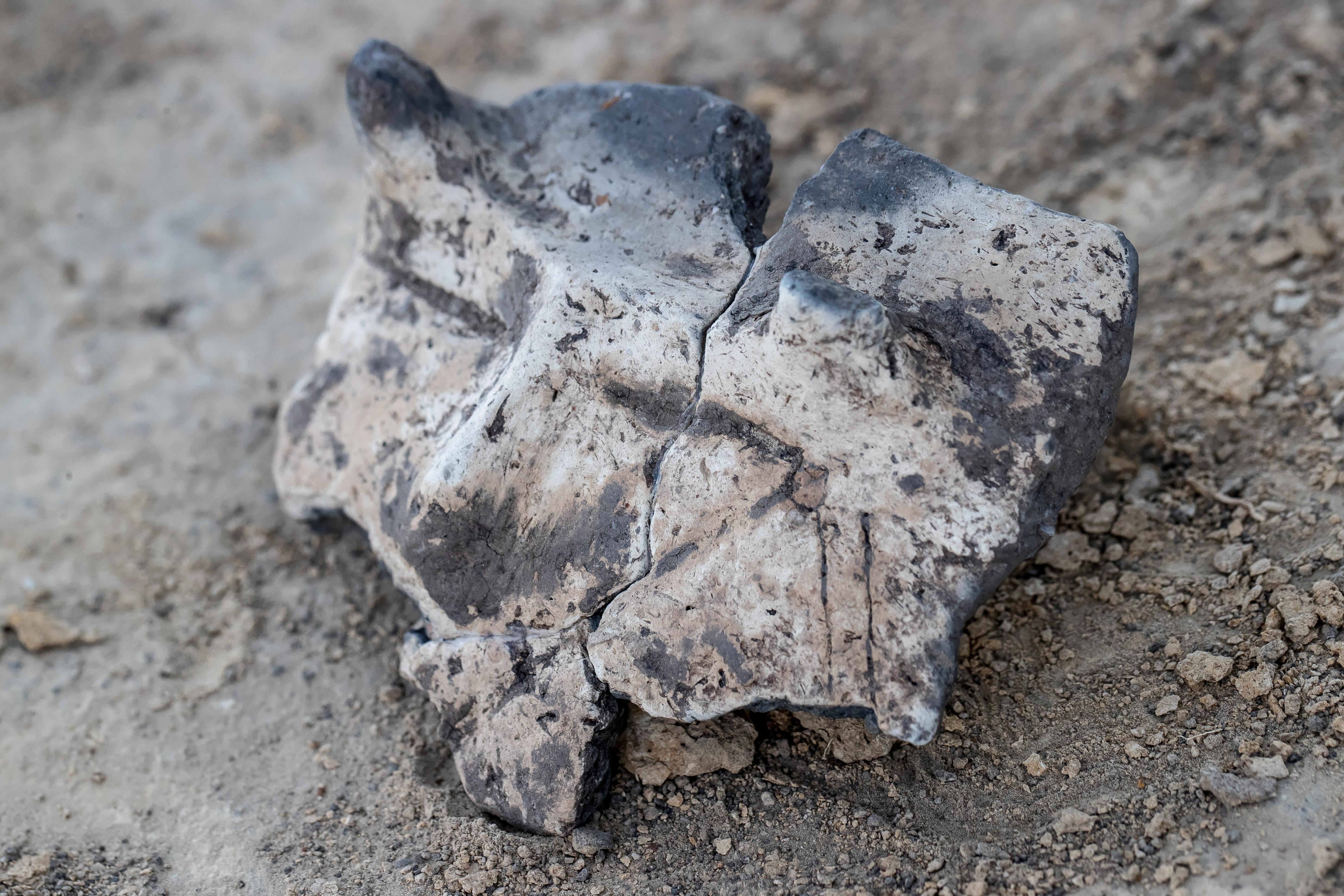 The 7,000-year-old jar shaped like a horned face was discovered in the remnants of a Neolithic house.Łukasz Gągulski/PAP

“It seems probable, however, that such an unusual artefact could to some extent be connected to religious practices.”

The researchers said that the artefact could be proof of the inhabitants’ contacts with prehistoric peoples from today’s Hungary and Slovakia. 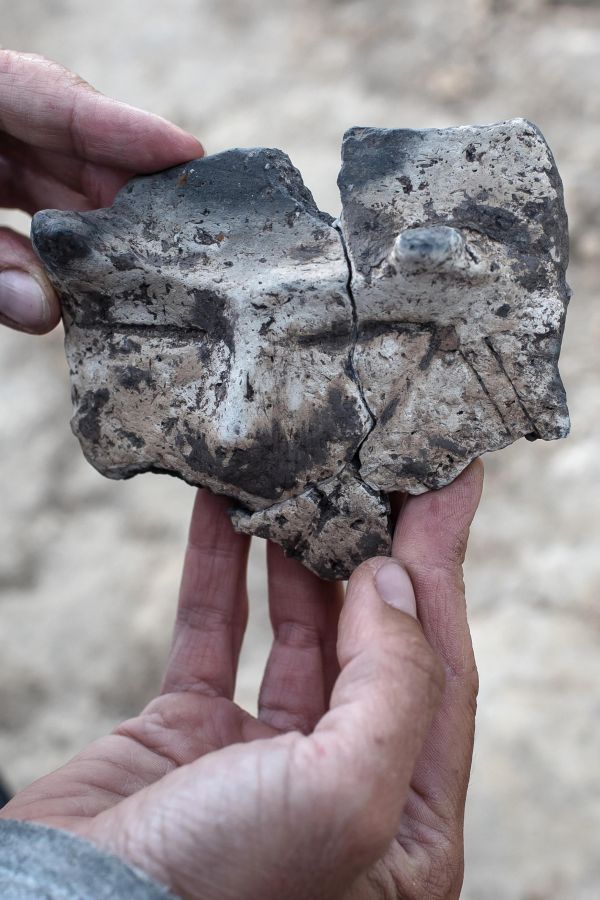 It is thought that the artefact came from the so-called ‘linear pottery culture’.Łukasz Gągulski/PAP

This is indicated not only by the unusual fragment of the vessel (similar ones were found to the south, but never in Poland), but also by products made of obsidian, a volcanic material which cannot be found in the Małopolska region.

Scientists were aware of the settlement’s existence for decades, yet it was the threat of nearby house construction that finally pushed them into gathering funds to uncover the secrets of the so-called ‘linear pottery culture’ who lived there. 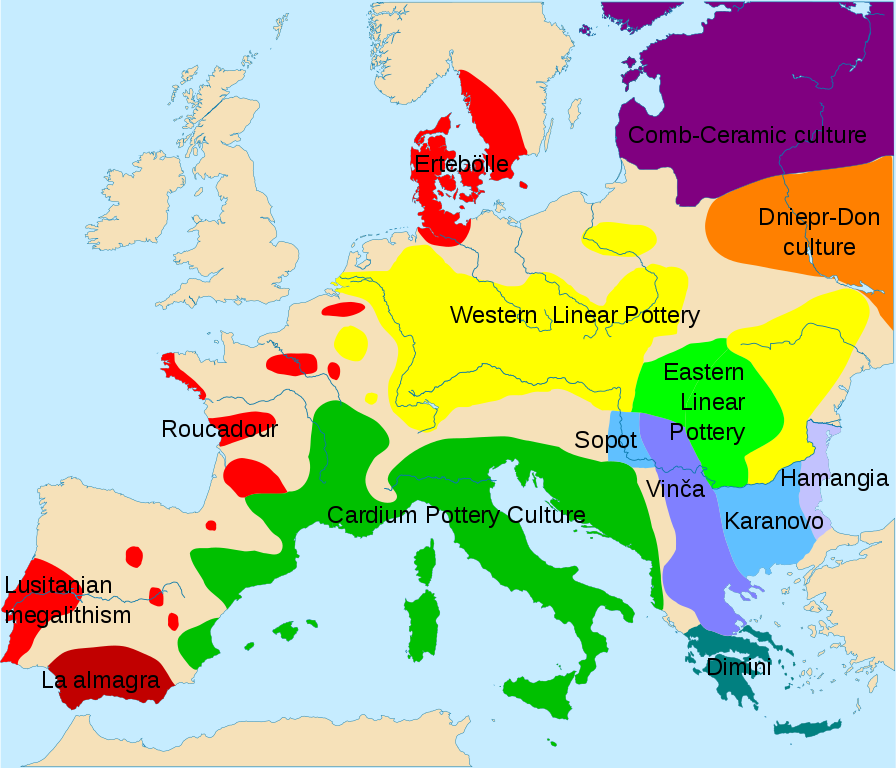 The linear pottery culture was distinguished by the way early human inhabitants decorated their ceramics. The group lived in Central Europe from 5,500 to 4,500 BC – the farmers on Polish territory belonged to this culture.Joostik/CC BY-SA 3.0

The culture was distinguished by the way early human inhabitants decorated their ceramics. The group lived in Central Europe from 5,500 to 4,500 BC – the farmers on Polish territory belonged to this culture.

Digging in Biskupice, archaeologists from the Academy of Sciences uncovered the remnants of the settlement and several ‘longhouses’, 11-meters-long and built on a rectangular plan.

Adjacent to the houses were several elongated pits filled with broken ceramics and flint objects. 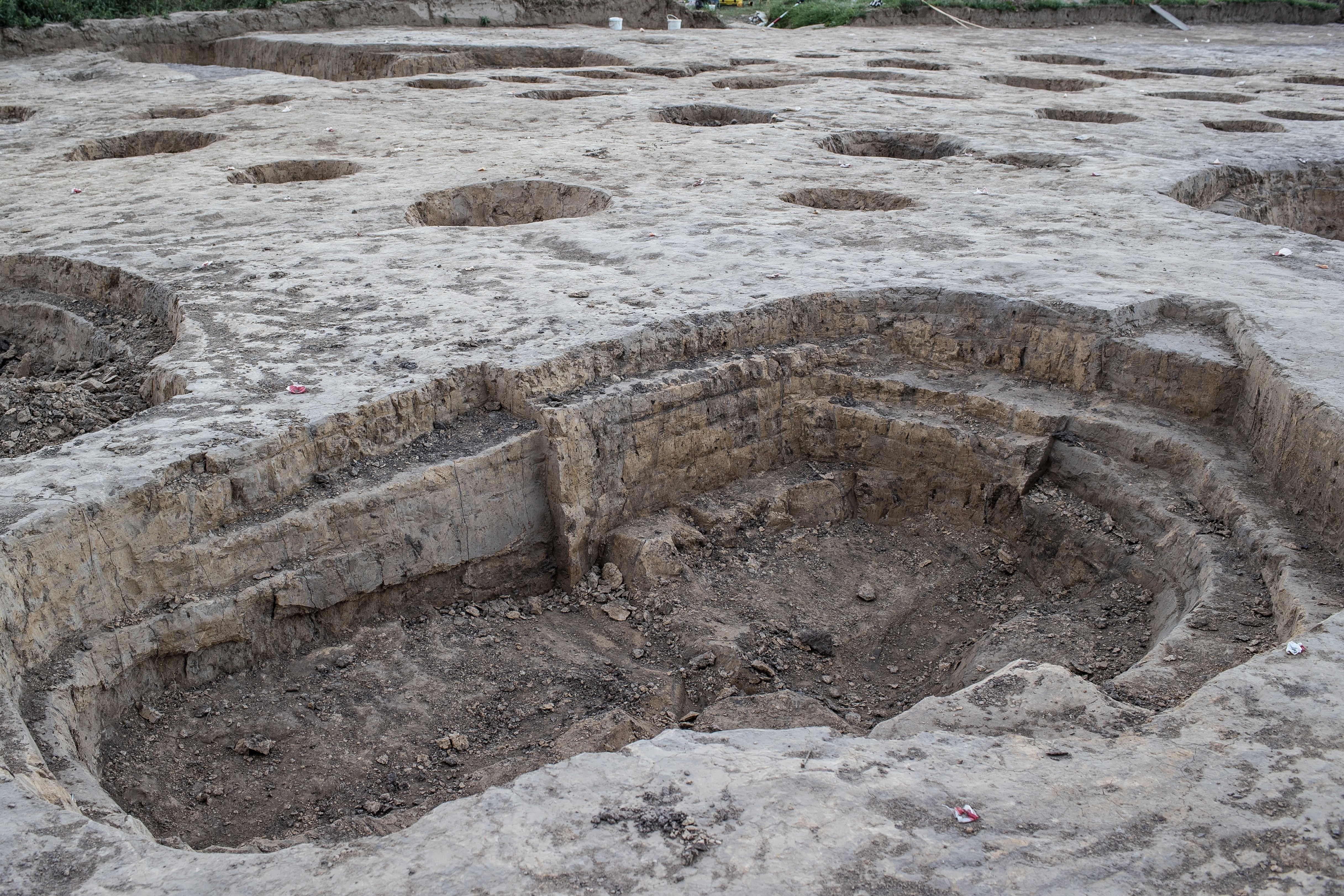 Scientists were aware of the settlement’s existence for decades, but it is only recently that they have begun working to uncover the secrets of the so-called ‘linear pottery culture’ who lived there.Łukasz Gągulski/PAP

Among them was the unique finding – a shard of what was most probably a jar decorated with a horned human face.

The involvement of botanists in the research will shed light on other aspects of the prehistoric farmers’ life.

Dr. Moskal–del Hoyo said: “It may come as a surprise that the archaeological research is carried out by the staff of the Institute of Botany of the Polish Academy of Sciences, but in this interdisciplinary project, plant remains are alongside ceramics and other artifacts, unfortunately often overlooked, a source of information on material culture and ancient customs.” 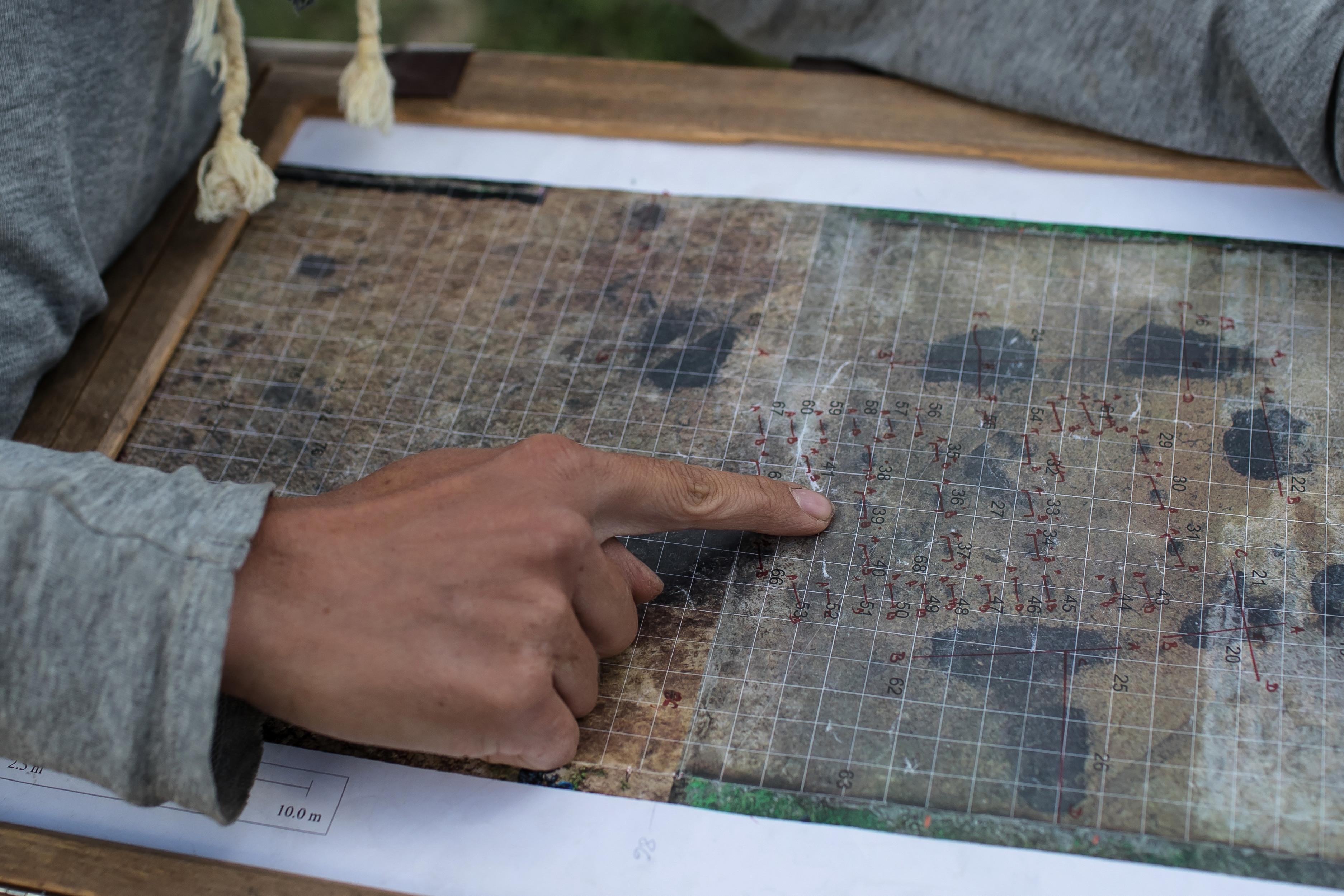 The team is using an ortho-photogrammetric plan for the excavation in which they hope to find out more about the prehistoric farmers’ life.Łukasz Gągulski/PAP

With limited sources of information about the Neolithic humans living in Poland, the archaeobotanists can provide answers about the inhabitants’ daily life, diet and habits.