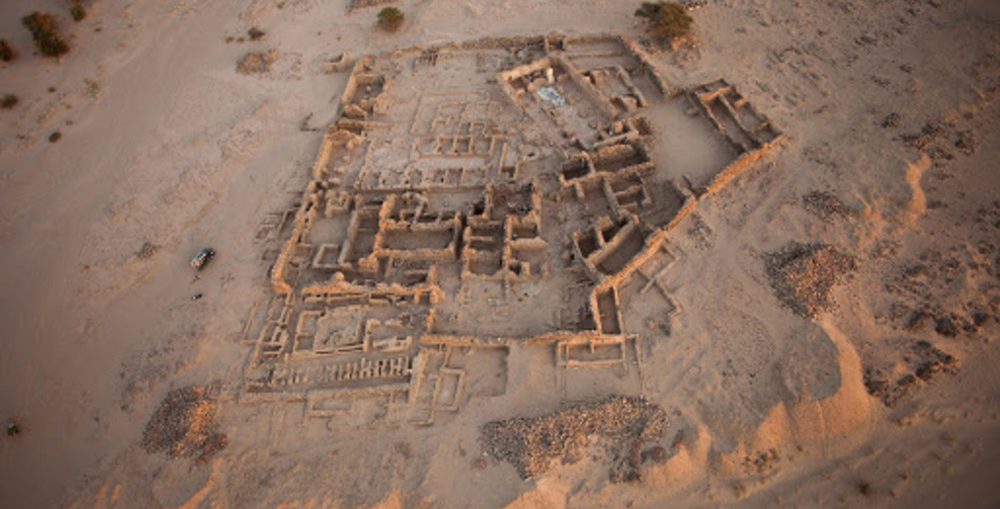 A Polish team of archaeologists have unearthed the secrets of Soba, the capital city of one of Nubia’s three medieval states.

The ruins of the capital of the Nubian kingdom Alobia (also known as Alwa), the southernmost of the three medieval states which existed on the territory of what is today Egypt and Sudan, are located around 20 km from Sudan’s capital city Khartoum.

The scientists from the Institute of Archaeology and Ethnology of the Polish Academy of Sciences have just finished this year’s excavation works.

They found two clearly distinguishable districts belonging to the medieval city, which had houses mainly made of dried silt bricks. The scientists estimate the city’s size to be 200 hectares.

One of the districts was densely built and had an advanced network of roads. The second district was characterized by more dispersed settlements and larger buildings.

The outlines of the buildings were discovered not by excavation works but rather through geophysical research conducted by geophysicists from the Institute of Archaeology and Ethnology of the Polish Academy of Sciences.

Dr. Mariusz Drzewiecki from the Centre for Mediterranean Archaeology of Warsaw University says that the team of ethnologists also made important discoveries.

The ethnologists interviewed residents living in the vicinity of the archaeological site, asking them about oral stories related to the medieval ruins. They managed to document numerous stories, superstitions and legends connected with the former capital. The most popular is the one of a woman named Ajoba, who supposedly caused the fall of Soba.

The locals presented different versions of the story, but they all agreed that Ajoba had a beautiful daughter whom all of the most influential people in Soba wanted to marry.

The mother, however, was a master of intrigue and as a result of her cunning schemes, the love rivals started killing each other off until there was practically no one left to govern Soba.

The local residents also showed the ethnologists the artefacts they keep in their homes.

The scientists discovered numerous fragments of ceramic vessels in Soba. Some were richly decorated, painted or engraved with many of them covered with Greek inscriptions.

This year’s field work was completed in mid-February.

Soba is still somewhat of an unknown for archaeologists as very few have been able to conduct research there. Hopefully, the work conducted by the Poles will help to shine light on the mysteries of the medieval city which fell to the Arabs at the end of the 15th century.