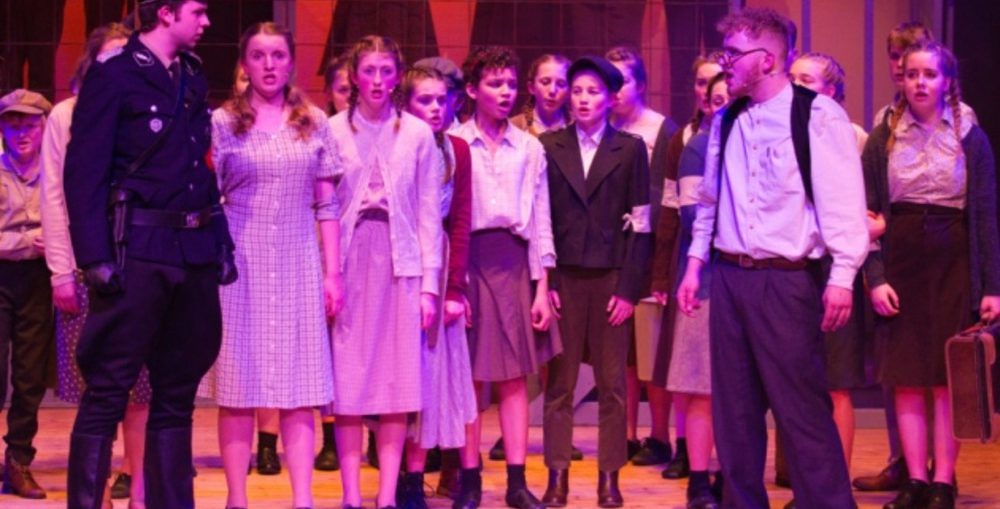 The uplifting story of a Polish Jew who protected 200 children from the worst horrors of the Warsaw Ghetto is the subject of Sidmouth Youth Theatre’s latest production.

Janusz Korczak was an inspirational writer and broadcaster who believed passionately in social justice and the rights of children as citizens.

Before the start of World War Two he had set up two orphanages in the Polish capital Warsaw, in which the children had their own parliament, court and newspaper.

When the Nazis moved in, one of the orphanages was enclosed within the walls of the ghetto. Instead of basing himself at the other orphanage, Korczak chose to remain with the children in the ghetto and do whatever he could to raise their spirits.

When the children were eventually rounded up to be taken to the death camps, he stayed with them till the end, encouraging them to march with their heads held high.

The play is performed by children and teenagers aged 11 to 19 and the child characters are based on real people. It also features music, performed by professional musicians, as it follows the events in Warsaw and the way Korczak inspired and emboldened the orphans in his care.

“This moving and liberating musical retelling of the life of Korczak and his young people is a story not of despair, but of inspiration and hope, the victory of spirit over oppression.

“This is the story not only of Korczak but the young people in his care; their hopes, their fears and their dreams.”

The production was written by Nick Stimson, who is understood to be coming to see the show in Sidmouth. The music is by Chris Williams. In the near future the play will be translated and performed in Poland, where Korczak is acknowledged as a national hero.

The performances at the Manor Pavilion Theatre are at 7.30pm with a matinee on Saturday afternoon.

Tickets are not available online; they need to be bought at the theatre’s box office, paid for with cash or a cheque made out to Sidmouth Youth Theatre.