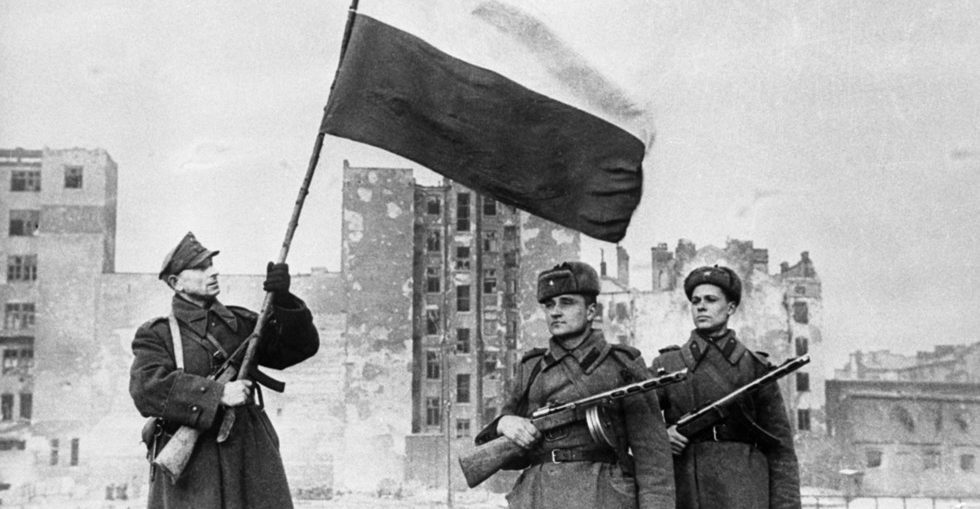 Warsaw was liberated by Soviet forces 75 years ago today — and Polish officials have cloaked the pivotal event in myths ever since. Yet, newly-released historical documents help shed some light on the truth.

Official Warsaw had no plans to celebrate this date — but it is not the first time that Poland has ignored the liberation of its state capital. Since the collapse of the Soviet Bloc in the early 1990s, politicians across Eastern European have pushed the notion that the Soviet Union and Nazi Germany were equally responsible for instigating World War II — and the idea that Red Army soldiers led a brutal occupation, instead of liberating Poland, has firmly found its place in the nation’s history books.

That view continues to prevail in some other European states, too — but a trove of recently-declassified wartime documents, published by the Russian Defense Ministry, tells a different story.

Myth 1: ‘Only the Home Army were true heroes’
With Poland under Nazi occupation, the Home Army (Armia Krajowa/AK), which supported the country’s London-based government-in-exile, became a dominant resistance movement. Decades on, the AK are lionized by many in modern Poland as the true heroes and patriots of history, while Poles who helped Soviet forces are often demonized as traitors.

The AK are hailed in annual ceremonies around a white obelisk erected in the 90s in downtown Warsaw to honor their efforts. In 2019, President Andrzej Duda honored surviving AK members as role models and a “precious treasure of history.”

Yet, the uncovered Red Army dispatches reveal that the image enjoyed by the Home Army fighters is a whitewashed one. The declassified reports show in fact, that in many instances after the end of the war, AK units behaved less than admirably — roving as armed criminal gangs, kidnapping and killing Polish police officers — and “terrorizing” ordinary people who dared to help the Soviets.

In November 1945, AK agents attacked a police station in the town of Kepno, killing everyone inside — including the wife and two children of an officer. In the same month, they murdered a member of the pro-Soviet Polish Workers’ Party in his apartment in the town Pulawy in front of his wife and wounded his child. AK insurgents also began a campaign of intimidation against Poles who would cooperate with Soviet forces. One warning read: “Take your children and prepare to die.”

Myth 2: ‘The Red Army crushed the 1944 uprising’
Eager to discard any positive memory of the Soviet liberation of Warsaw, Poland today instead chooses to focus on a heroic but failed rebellion which took place on the city streets in the fall of 1944. Duda last year accused the Red Army of taking a “passive” stance during the uprising, supposedly in order to allow the Nazis to annihilate the Poles who might later rise up against the Soviets.

This opinion is commonplace in Polish media. An article published in the leading Rzeczpospolita newspaper last year argued that the USSR refused to help the rebels because it saw the revolt as “a unique opportunity to destroy the independence-minded elite of the Polish nation with German hands.”

In reality, when the Polish revolt against the Nazis was in full swing, the Red Army liberated Warsaw’s Praga district on the left bank of the Vistula River — but the troops lacked sufficient means to proceed further and assault Warsaw outright, the declassified documents say. Despite stark shortages in aviation fuel, transcripts of the Red Army’s radio dispatches show that the Soviets still managed to supply Polish rebels with food, weapons and munitions. The Red Army also shelled certain parts of the city at the rebels’ requests.

In contrast, airdrops conducted by the US and Britain were “ineffective,” the documents note. At one time, the Allies deployed 80 planes on an air-support mission, but 95 percent of their drops landed in German-controlled areas.

The Soviet reports also indicated that the uprising itself was ill-conceived from the beginning. Dispatches describe how rebels, armed only with handguns and grenades, failed to capture crucial strategic outposts and destroy the railways, which the Germans were using to transport forces around the city. Ultimately, the rebels’ makeshift street barricades were no match for tanks and artillery.

Myth 3: ‘All Poles saw the Red Army as evil occupiers’
The Polish state-run Institute of National Remembrance (IPN) and the Foreign Ministry has cast the Red Army soldiers not as liberators from Nazism but merely as “totalitarian occupiers,” who bore little difference from Hitler’s troops.

In internal reports, the Red Army admitted that in some areas Poles were indeed more sympathetic to AK insurgents. Yet, in Warsaw the vast majority of locals were “friendly and welcoming” towards the Red Army, thanking its soldiers for ridding the country of Nazis.

“The Germans wanted to kill us but the Soviets saved us, and now we’re home again,” one local man was quoted as saying after the Soviet troops rescued 50 Poles near the city of Rzeszow, who were about to be transported to Germany for slave labor.

Myth 4: ‘The Soviets looted Poland after the war’
According to the IPN, Soviets troops brought nothing but destruction, as “Polish society remained enslaved under Soviet rule and under the rule of Moscow’s communist regime for the next decades.”

Poland was in ruins after the Nazi occupation, so the primary goal of the Soviets forces was to distribute food and end hunger. One report from the Soviet military authority mentions how between 1944-45 the army provided the locals with 316,000 tons of potatoes and fresh vegetables, as well as 138,000 tons of grain. People also received scores of different tools and goods, which ranged from livestock, plows, tractors and combines to mattresses and sewing machines.

What’s more, the field medics with the 1st Belorussian Front treated tens of thousands of locals in army hospitals, while the unit’s railway troops rebuilt many railroads, roads and bridges that were demolished during the war.