Skip to content
You are here
Home > Culture > Why is the great poet Tuvim loved by the Poles, but forgotten by the Jews? 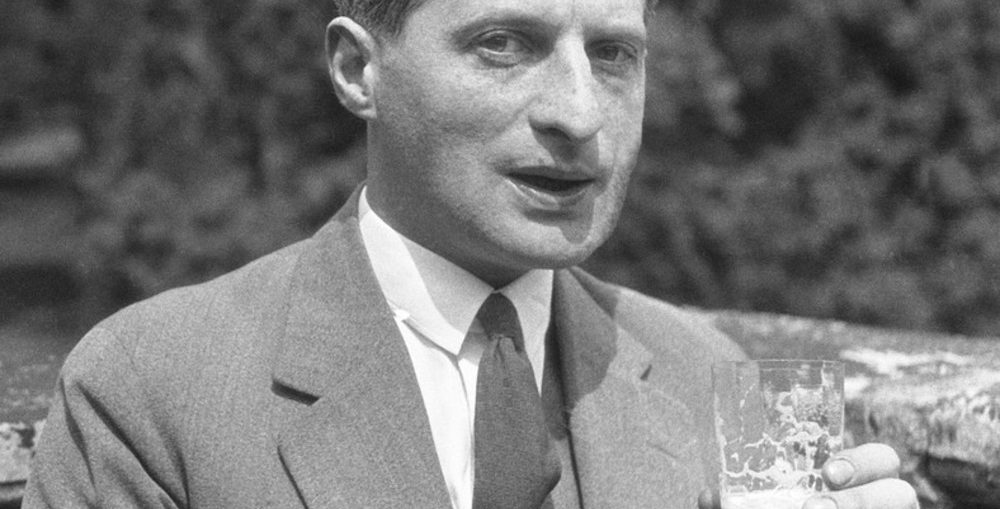 The Polish Jewish poet Julian Tuwim was born 125 years ago in Lodz, Poland. A 1974 headline in the Yiddish newspaper the Forverts described Tuwim as “the greatest Jewish poet” of the 20th century. Writing in the Polish language, Tuwim was the most widely read contemporary poet in Poland’s interwar (1920s-30s) period.

Today, Tuwim is largely unknown in the Jewish world. This, despite the fact he was the first major Jewish poet to write a Holocaust lament – the searing We, Polish Jews. Meanwhile, in Poland he is revered – based on a selective recall of his writing. His charming children’s verses (especially “Lokomotywa” [The Train]) and poetic mastery of the Polish language have won the hearts of successive generations of Poles.

In 2013, the Polish parliament declared a year-long “Year of Julian Tuwim” in honor of his legacy. His statue sits on the main street of Lodz. Less remembered in Poland are his poetic ruminations on ethno-nationalism, authoritarianism, antisemitism and the Holocaust.

It is time for Jews to recall and reclaim the spirit of Julian Tuwim.

In 1924, Tuwim told an interviewer: “For antisemites I am a Jew and my poetry is Jewish. For Jewish nationalists, I am a traitor and renegade. Tough luck!” Tuwim challenged Poland to be more inclusive and Polish Jews to be more integrated into their society.
Tuwim befuddled friends and foes alike with his capacity to espouse seemingly incompatible views and positions – champion of Polish culture yet critic of Polish ethno-nationalism; self-distancing from Jewish culture yet literary foe of antisemitism; staunchly anti-authoritarian, yet after the World War II he returned from his New York safe haven to live in Socialist Poland [PRL].

Tuwim had a way of holding onto seeming incompatibles. Controversy and contradictions were hallmarks of Tuwim’s life and writing. His friend and fellow writer Jozef Wittlin declared in exasperation: “Tuwim is the proof that God does exist, for such a stupid man to be such a great poet.”

In retrospect, it is unclear whether it was Tuwim or his times that were “stupid.” In his lifetime, Tuwim reflected on the possibilities and impossibilities of 20th century Polish-Jewish relations. He was well ahead of his times wanting to be a truly hyphenated Polish-Jew, free to express and be accepted for identities of his choosing. In the 21st century, Tuwim’s poetry reads as a plea for diversity, pluralism and multiculturalism. These were dangerous verses in his day. They remain timely in our own.

There was remarkable range to his writing: children’s verse, cabaret lyrics, love poems, political poems, poems of Polish attachment and alienation, Jewish attachment and alienation and catastrophist forebodings as Europe hurtled toward the abyss in the 1930s.
Tuwim had a deep love of Polishness. “My homeland is the Polish language,” he wrote. Raised in a Polish-speaking Jewish home, Tuwim would be among the first generation of Polish Jewish literary luminaries to write in Polish for a broad national audience. (Others included writer Bruno Schulz, Henryk Goldschmidt , who is better known by his pen-name of Janusz Korczak, writer Alexander Wat, and poet Antoni Slonimski.) Tuwim’s popularity sparked denunciations from Polish ethno-nationalist critics who denounced Tuwim as “culturally alien to Poland,” in what fellow Polish Jewish poet Maurycy Szymel called “a pogrom against Tuwim’s right to Polish literature.”

Ironically, perhaps, Tuwim’s signature contribution to Polish literature was his inventive, expressive use of the language. The Polish Nobel Prize winner for literature Czeslaw Milosz called Tuwim a “virtuoso of lyricism.” Literary critic Roman Zrebowicz declared Tuwim’s linguistic mastery gave his work a unique sensual quality: “All of Tuwim’s poetry smells as ecstatically as a forest. Each verse has its own particular aroma.”

Tuwim completely embraced the Polish language and landscape. In 1940, while in escaped exile in Brazil, Tuwim wrote a long bittersweet reflection of Poland titled “Polish Flowers.” He professed to feeling separated from Poland “by an Atlantic of yearning,” declaring “This [Poland] is fatherland/And other countries are hotels.”

In the same poem, Tuwim denounced the antisemitism prevalent in pre-World War II Poland: “When the street was ruled by petty middle-class scoundrels/Excellent ‘Catholics’/Except that they had not yet become Christian…/When the rampant braggarts so beat the Jews/That I felt more shame for my fatherland/than pity for my beaten brethren.”

Julian Tuwim was estranged, yet unable or unwilling to detach from his Jewish identity. Exile and Diaspora, he believed, had rendered Jews a lost forlorn people. His 1918 poem “Jews,” written at age 24, describes Jews as “people who do not know what a fatherland is/Because they have lived everywhere…/The centuries have engraved on their faces/The painful lines of suffering”.
In the poem “Jewboy,” written in 1925, Tuwim confronts the Jewish fate of exile: “How did we come to this? How did we lose ourselves/In this vast world, strange and hostile to us?…/And we will never find peace or rest/Singing Jews, lost Jews.”

Like many of his literary and intellectual Jewish contemporaries in Poland and across Europe, Tuwim believed the Jewish future depended on equal citizenship in their country of diasporic birth. He was not opposed to the Zionist project but his own attachment to Polish language and writing ruled out the option of Palestine as a new personal homeland.

However Tuwim paid a steep price for his attachment to Poland. Antisemitic attacks on his writing intensified through the 1930s. Tuwim confided about this rejection: “It is difficult to be a stepson with a stepmother. I am going down, it is very difficult for me in this country.” A period of ulcers and agoraphobia set in.

Days after Germany’s invasion of Poland in 1939, Tuwim was spirited west in an exodus of the country’s leading cultural figures. He lived briefly in Paris, somewhat longer in Brazil, before spending most of the war years in New York.
On the second anniversary of the Warsaw Ghetto Uprising, Tuwim published an anguished Holocaust lament, “We Polish Jews.” Strikingly, as the title suggests, Tuwim reaffirmed his attachment to both Polish and Jewish identities. Polish, because he wanted to be, because only in Polish could he create poetry, and Polish because “my hatred of Polish Fascists is greater than my hatred of Fascists of other nationalities”.

His attachment to Jewishness, Tuwim wrote, was a solidarity of suffering. Jewish persecution and genocide intensified Tuwim’s Jewish ties. He declared himself Jewish because of the “blood of millions of murdered innocents…Never since the dawn of mankind has there been such a flood of martyr blood.”

Tuwim and wife, Stefania, returned to live permanently in Poland in 1946. He believed a Poland under Communist tutelage offered the best protection for Jews. He was not the only prominent Polish Jew to do so. In 1947, the Tuwims adopted a Jewish orphan daughter in Warsaw.

Two final citations reflect Tuwim’s resolve to retain – to the end – both Polish and Jewish identities. On his return to Poland, Tuwim moved the buried body of his mother from outside Warsaw to the Jewish cemetery of his hometown Lodz. The opening stanza of his poem “Matka” (Mother) declares: “At the cemetery in Lodz/The Jewish cemetery, stands/The Polish grave of my mother/My Jewish mother’s tomb.” Tuwim thus inscribed onto his mother, the inseparability of Jewish and Polish identities.

Interestingly, he attached the same dual lineage to the creation of the State of Israel. In 1949, a journalist from the daily Haaretz interviewed Tuwim in his Warsaw home. The poet was asked how he felt about the creation of Israel.

Tuwim replied, “I am happy and proud of the establishment of the Hebrew state. Could it be otherwise? For it is a state established by Jews from Poland, and I am also one of them.” For Tuwim, Israel was a veritable overseas Polish Jewish project. He headed up the Polish branch of Friends of the Hebrew University, hoping to promote its specialization in Polish Jewish studies.

Polish and Jewish together, Julian Tuwim held on to the end. He died in Poland in 1953.

And what of his legacy? Too hot to handle for most, it would appear.

Poland has largely de-fanged Tuwim in its embrace of his children’s verse and his Polish lyricism. Overlooked is his self-declared mission as a poet to “draw blood with the word.” In Poland his proclaimed hybridity and hostility to authoritarian ethno-nationalism is forgotten.

Conversely, in the Jewish world Tuwim’s legacy is not selectively remembered – it is virtually non-existent. His love of Polishness too off-putting, the primacy of Israel too pre-eminent.

And yet… can the 21st century not benefit from stronger voices defending pluralism and condemning authoritarianism?