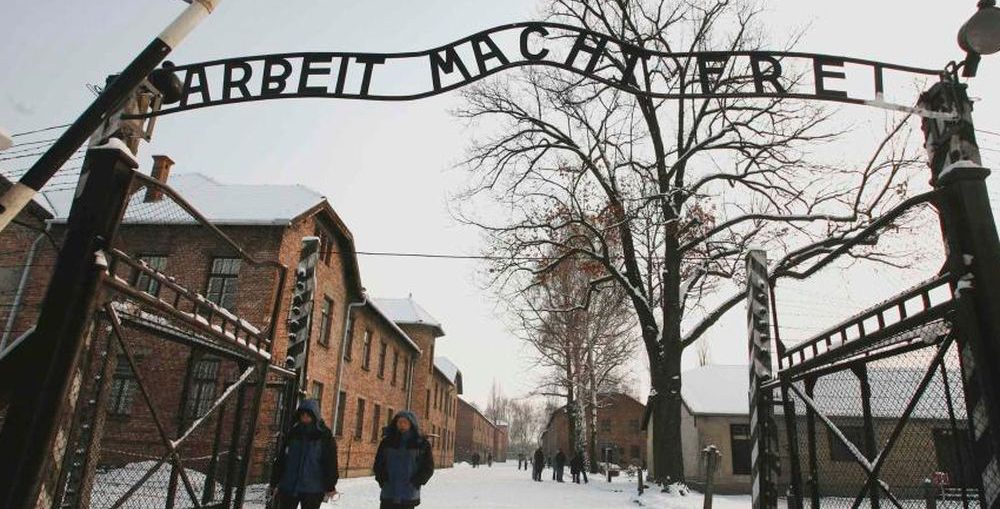 The Nazis set up the camp, originally confined to 20 Polish army barracks buildings holding some 10,000 inmates, to terrorise and subjugate the Polish people, with the educated elite, including members of the clergy, particularly targeted.

Starting in 1941, the Nazis began to further develop their “zone of terror” to include the village of Brzezinka — Birkenau in German — some three kilometres from Auschwitz.

The Nazis fitted out the extended camp with purpose-built, interconnecting gas chambers and crematoria as they stepped up plans to exterminate Europe’s Jews.

Birkenau was fully operational in 1943, and it was here that most of the 1.1 million people documented to have died at Auschwitz-Birkenau met their fate.

In all, the Nazis killed six million of pre-war Europe’s 11 million Jews.

Gypsies, Soviet prisoners of war, Polish political prisoners and men and women of religion were also murdered at the camp, some by overwork, starvation and disease, others in the gas chambers of Birkenau.

Many of those who died in the gas chambers went to their deaths immediately after arriving at the sprawling Nazi death complex by train.

SS soldiers would fling open the doors of the train — often cattle cars — after it had stopped, immediately adjacent to the gas chambers with their contiguous crematoria.

The passengers were ordered off, with the SS barking “Raus! Schnell” (move, fast in German) and then “selected”, with able-bodied men and women ordered to one side, to work as slave labour for the Germans, and the elderly, infirm and children to the other — to the gas chambers.

Victims destined for the gas chamber were herded into underground “changing” rooms where men, women and children were forced to strip naked together — a last humiliation at the hands of the Nazis.

They then crammed into a second underground chamber that they had been told was a shower, which the Nazis filled with deadly Zyklon B gas.

The corpses were taken by special lifts to a crematorium above the gas chamber, where they were searched for hidden valuables and gold teeth were extracted.

Only those who were able to work as slaves were temporarily spared.

On January 17, 1945, ten days before the Soviet Red Army liberated the camp, the Nazis forced some 60,000 prisoners into the notorious “Death March” to dozens of Auschwitz sub-camps.

Aware of the Soviet advance, Germans then blew up the Birkenau gas chambers and crematoria.

On January 27th, the Soviets found some 7,000 prisoners, many of them children or elderly people, left by the retreating Nazis to die at the abandoned camp. — AFP