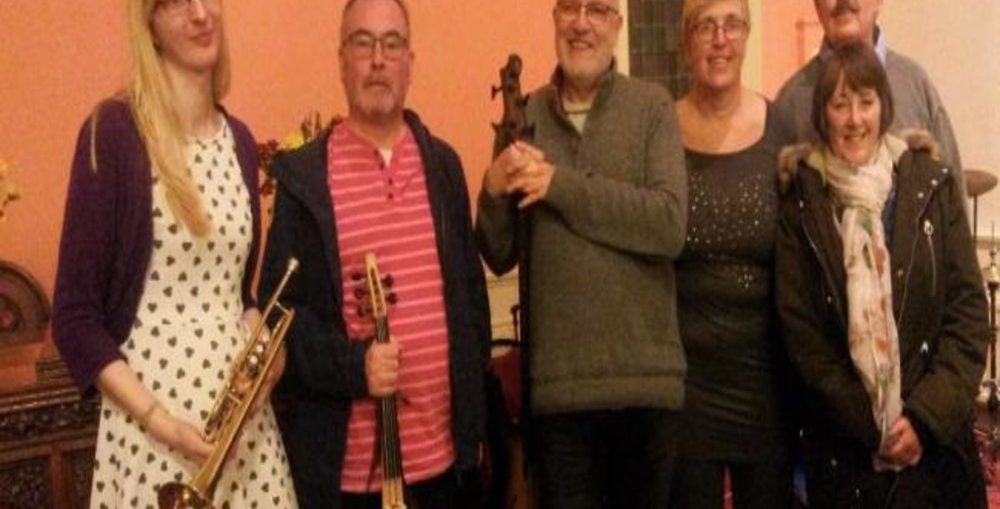 AN elder of a Warrington church hopes to develop positive relations between Polish and English-speaking communities with the publication of a new book of Christmas carols.

Andrew Page, who serves at St John’s United Reformed Church on Wilderspool Causeway, has translated 20 Polish Christmas carols into English and published his English versions alongside the original Polish.

The book, entitled Chwała na wysokości (Glory in the Highest), also takes a brief look at the history of Polish festive songs.

Musical arrangements were provided by Steve Fowle, a viola player with Southport Orchestra who has a keen interest in traditional folk music. Gosia McKane, director of Merseyside Polonia, has contributed a foreword to the book in which she discusses the cultural significance of Polish Christmas music and traditions.

Andrew says his primary motivation was to ‘bring these wonderful carols to life for non-Polish speaking audiences’.

However, he was also driven by a desire to do something different.

Andrew said: “I have known some of these songs for many years, but we don’t sing them in our churches. It is truly astonishing that, when Polish is the second most spoken language in the UK, no serious attempt has previously been made to translate these gems into English.

“When there are Polish people in our communities and our churches it seems fitting that we should be able to sing these carols together, appreciating their poetic lyrics, upbeat tunes and historic significance.

“In particular, I love the idea of English-speaking people not only enjoying these carols in their own language, but perhaps even trying them in Polish.”

Chwała na wysokości is available on Amazon and Ebay.

It will also be available to purchase at a number of concerts and community services taking place across the north west, at which a band named Gwiazdka (Little Star) will perform the carols in both Polish and English.

Gwiazdka will be playing at St John’s United Reformed Church on Sunday, December 8 at 6.30pm and Cairo Street Unitarian Chapel on Friday, December 13 at 6.30pm.

All are very welcome.

Gwiazdka is also looking for musicians and singers to join the band. Rehearsals are being held every Wednesday evening at St John’s United Reformed Church, from 6.30pm to 8pm.