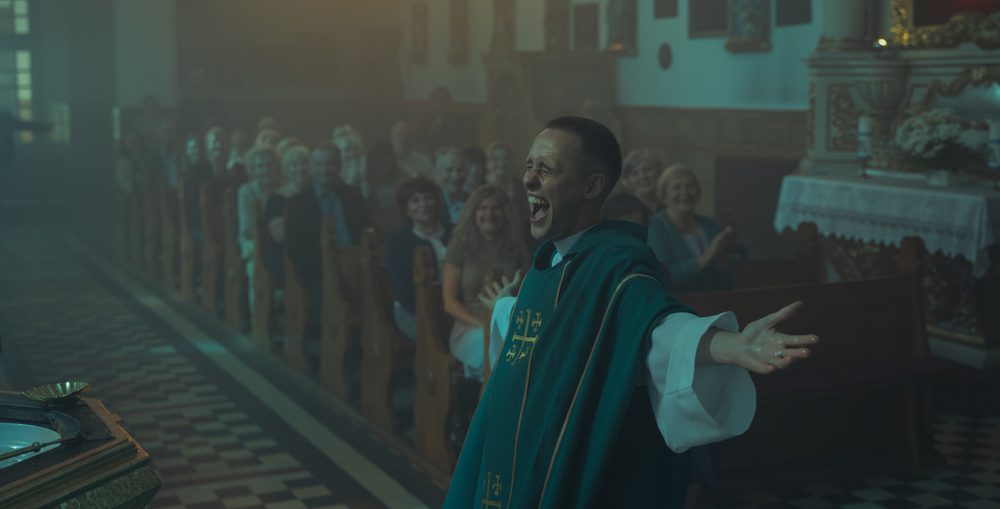 The decision to select “Corpus Christi” was announced on Friday in Warsaw by the Oscar Committee – a group of seven led by producer Ewa Puszczyńska. Among other members were: Polish Film Institute (PISF) director Radosław Śmigulski, cinematographer Łukasz Żal, the head of the Film Production and Film Project Development department in PISF Małgorzata Szczepkowska-Kalemba, producer Mariusz Łukomski, composer Jan A.P. Kaczmarek and director Anna Zamecka. The decision was taken unanimously. The international premiere of the film took place in late-August at the 2019 Venice Film Festival, in the Giornate degli Autori section. At Venice Days, the film won the Europa Cinemas Label Award and the Edipo Re Inclusion Award. Komasa’s movie also found itself among 19 movies that will compete for the Golden Lions at the 44th Polish Film Festival in Gdynia (16-21 September, 2019). It will enter cinemas on October 11.

The movie tells a story of 20-year-old Daniel (Bartosz Bielenia) who, while serving time in a correctional facility, dreams about becoming a priest. After probationary release, he is referred to work at a carpentry. He decides to begin the new chapter in his life by visiting a local church, where he is mistaken for a priest and taken to the vicarage. Daniel, consistently pretending to be a priest, becomes friends with the real parish priest (Zdzisław Wardejn). The clegryman asks him to serve as a priest while he’s gone. The cast also includes: Tomasz Ziętek, Eliza Rycembel, Aleksandra Konieczna, Łukasz Simlat and Leszek Lichota. Mateusz Pacewicz wrote the script, while Piotr Sobociński Jr. was responsible for cinematography. The music was composed by a duo Evgueni and Sacha Galperine, who had also written the score for movies such as “The Past” by Ashgar Farhadi and Francois Ozon’s “By the Grace of God”.