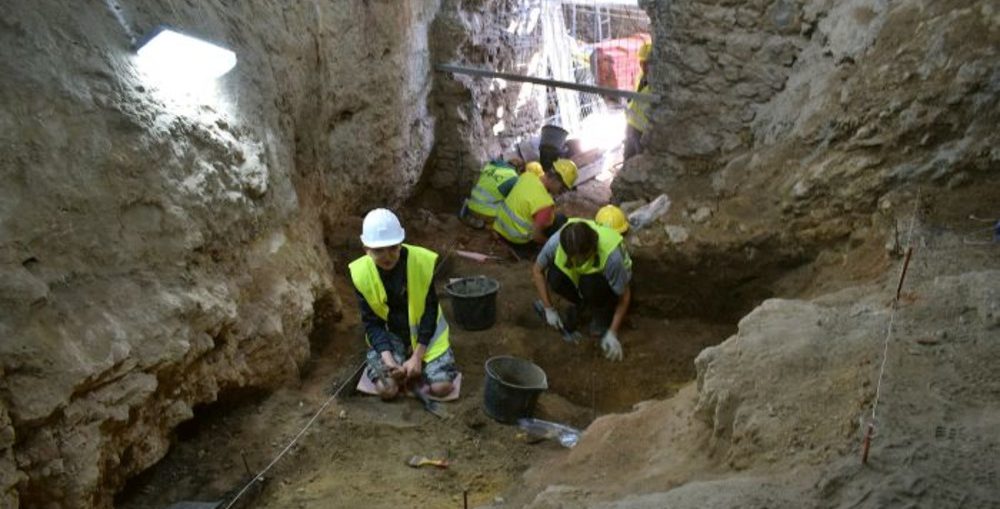 SILESIA, POLAND—Science in Poland reports that a range of artifacts and some 200 Neanderthal knives and scrapers were discovered in a cave on the grounds of a ruined castle in northeastern Poland. The cave’s vault may have been buttressed in the thirteenth century, when the castle was built, in order to support the weight of the structure above it. Archaeologist Mikołaj Urbanowski of the Foundation Nature and Man said the stone tools are estimated to be about 40,000 years old, and crafted at a time when Neanderthals and modern humans both lived in Europe, but were made with a technique known to have been employed by early human relatives. Other finds from the cave include a furnace that was used to produce bronze in the fifteenth century. The skeleton of a young dog found underneath the furnace may have been placed there as an offering. “The purpose of the offering,” Urbanowski said, “whose roots can be traced back to pagan times, was to make the smelting process successful. Metallurgists had a lot of knowledge, but intuition and luck were crucial.” He speculates that the furnace may have been hidden in the cave to conceal a coin-counterfeiting operation or some other illegitimate purpose. To read about kinship among Neolithic people buried together in southern Poland, go to “We Are Family.”