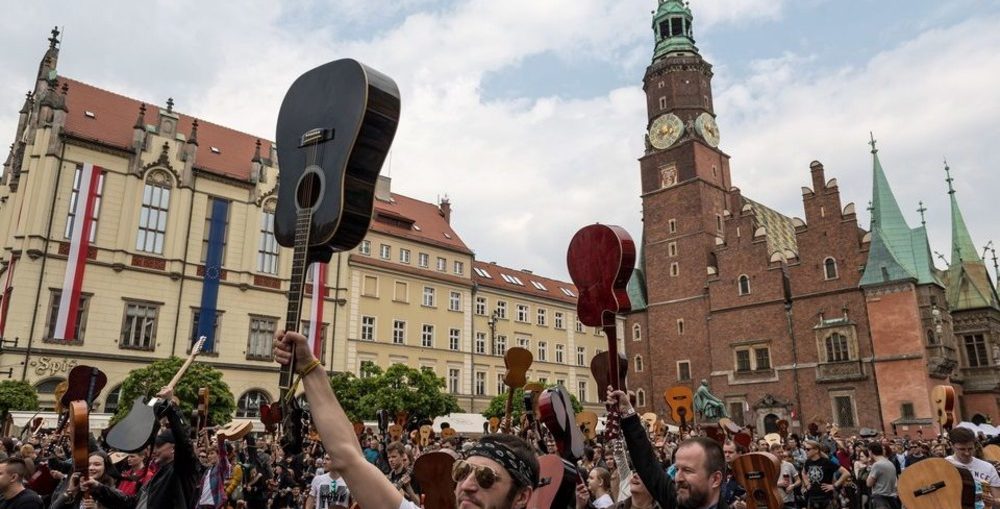 Guitarists beat the Guinness world record when 7,423 musicians got together in Wrocław, southwestern Poland, to play “Hey Joe” by Jimi Hendrix on Wednesday.

The previous record of 7,411 guitarists was set last year at the annual Thanks Jimi Festival, a tribute to the legendary rock musician who died in London in 1970.

The first Thanks Jimi Festival in 2003 saw 588 guitarists turn up in Wrocław’s market square for the event originated by musician Leszek Cichoński after he once found himself on stage playing Hendrix music with 17 other guitarists at a blues workshop.

Past guest musicians at the festival have included American guitar virtuosos Al Di Meola and Scott Henderson and the British band Status Quo.

This year, among others, British band Slade, American guitarist Jennifer Batten and Hendrix doppelganger Stan Skibby played the hit song along with the crowd.