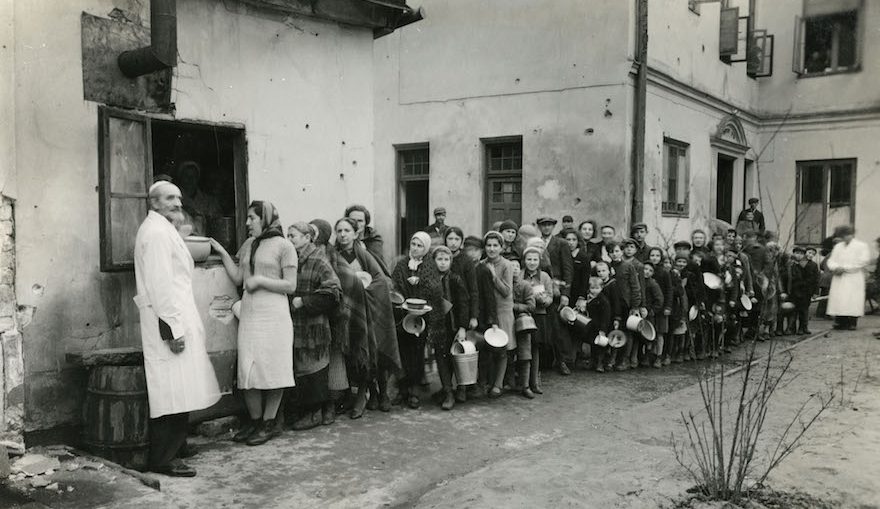 Eyewitness accounts of Nazi atrocities found buried in the rubble of the Warsaw Ghetto have gone on display in Poland for the first time. The exhibition, “What We Could Not Shout Out To The World,” includes more than 35,000 documents compiled and hidden by historian Emanuel Ringelblum and other Jews who lived in the ghetto, JTA reports.

The Ringelblum archive survived the destruction of the ghetto and World War II in 10 metal cases and two metal milk bottles that were recovered in 1946 and 1950, respectively.

The exhibition opened to the public Thursday at the Polish capital’s Jewish Historical Institute. It tells the story of Jewish life in the Warsaw Ghetto and its destruction by the Nazis.

Polish President Adrzej Duda visited the exhibition Tuesday ahead of the public opening and said he believed deeply in “speaking the truth about the Holocaust.”

“The Ringelblum archive is a priceless testament to the most tragic chapter in the common history of Jews and Polish people,” he said.

The Nazi occupiers of Poland in 1940 forced some 400,000 Jews into the Warsaw Ghetto, a tiny section of the city. The vast majority of the inhabitants died either from the miserable conditions there or after being deported to Nazi labor or extermination camps. In 1943, some Jews rose up to resist further deportations, and the Nazis leveled the ghetto.

Ringelblum, a historian by training, worked for the Joint Distribution Committee in Poland and organized relief efforts in the ghetto. He and his aides collected testimonies and documentation, naming their efforts the “Oneg Shabbat” (Shabbat pleasure) archive because they often met in secret on Saturday afternoons. He and all but three of his aides were killed during the Holocaust. In 1999, UNESCO gave the Ringelblum archives “Memory of the World” status.

The exhibition is the result of many years of work to organize and translate the Ringelblum archive. Many documents were partly damaged and had to be deciphered. Its title came from the words of one of Ringelblum’s helpers, 19-year-old David Graber, in a fragment of his will included in the archive.