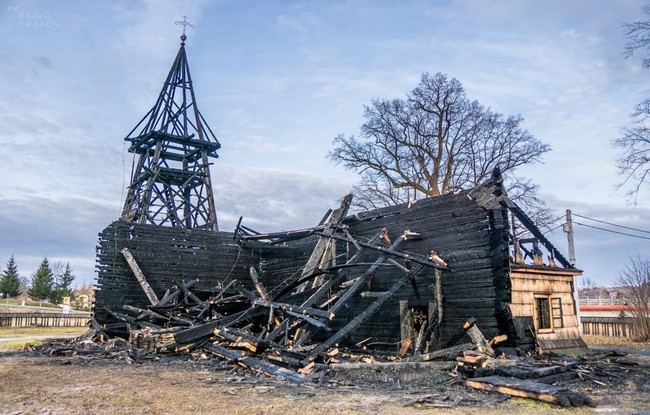 A 16th century wooden church was gutted by fire in Libusza, southern Poland, in the early hours of Tuesday morning. The fire brigade was contacted just after 1:00 am local time, and although 150 officers took part in the operation, nothing could be done to save the building.

Officers battled with the flames for seven hours, but after the fire had been quenched, little remained of the original structure.

At present, two potential causes of the fire are being considered: an electrical fault or arson.

The wooden churches of southern Poland are regarded as amongst the country’s most distinctive architectural treasures.

It is the second time in living memory that fire has struck Libusza’s Roman Catholic Church of the Nativity of the Blessed Virgin Mary. A fire caused by an arsonist in 1986 damaged much of the building although the sacristy and the walls were saved.